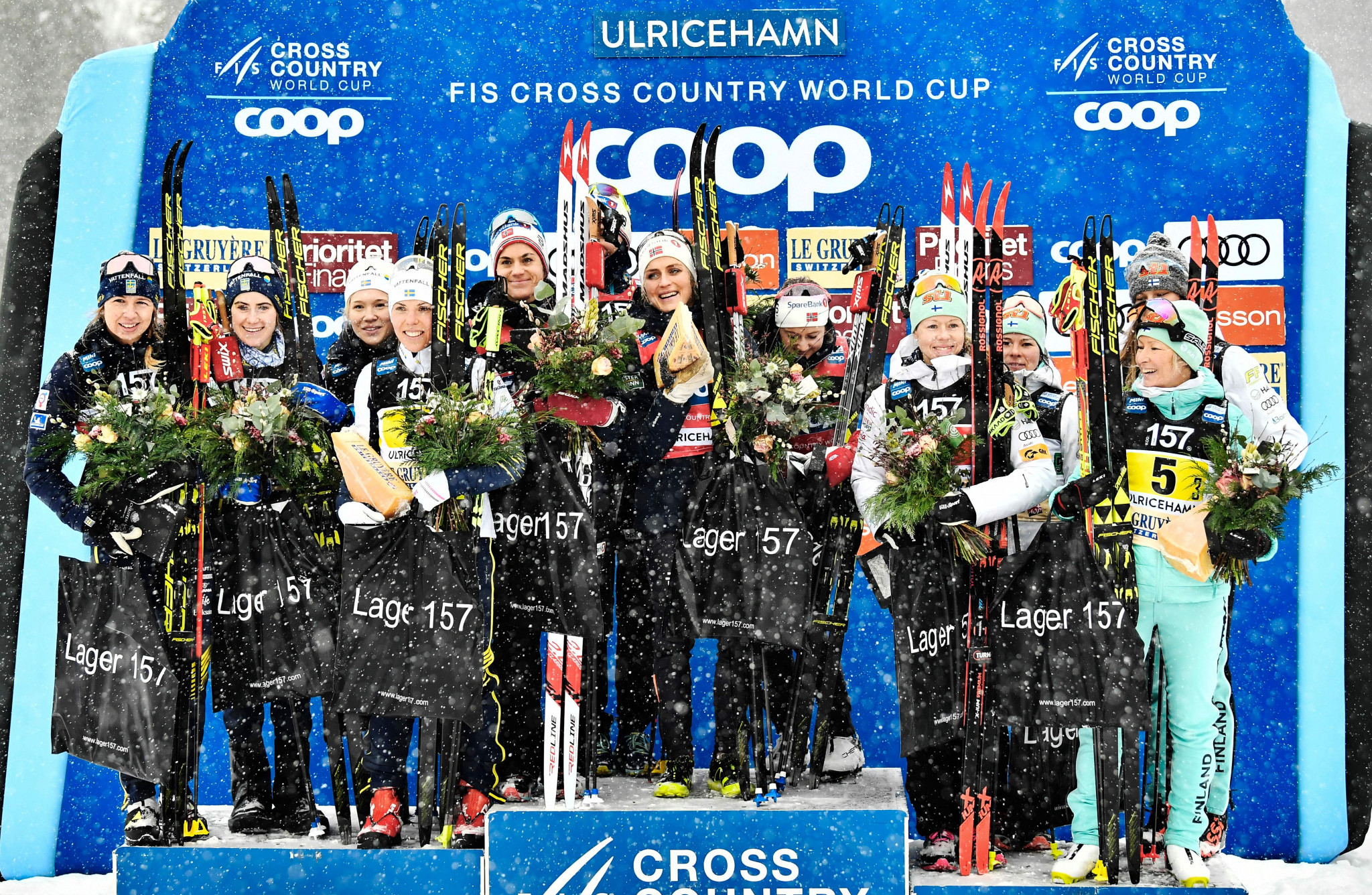 After individual action yesterday in the Swedish resort, the fields came together for team action today.

That placed them first, 37.4 seconds ahead of Sweden's top quartet, while Finland finished third a further 3.8 seconds behind.

Amid freshly fallen snow and a light breeze, Weng went first for the Norwegians and took an early lead ahead of Russia's Yulia Belorukova, Finland's Laura Mononen and Sadie Bjornsen from the United States.

By the first exchange Norway's top team and Russia had built up a four second gap on the rest of the field.

Johaug, who continued her return from a doping ban with the individual victory yesterday, then extended Norway's lead considerably, before Jacobsen maintained it on leg three.

At 12.2km she had a 17 second lead over Sweden's Charlotte Kalla who by that stage was second.

Russia dropped out of the medals on the last leg as they were overtaken by Finland.

In the men's race it was Russia who dominated, with their teams taking both first and second place.

It was their second-string quartet who took the gold as Evgeniy Belov, Alexander Bessmertnykh, Denis Spitsov and Artem Maltsev triumphed in 1:17.3.

Both Belov and Bessmertnykh were implicated in the Russian doping scandal and the latter was initially banned for life by the International Olympic Committee before winning an appeal.