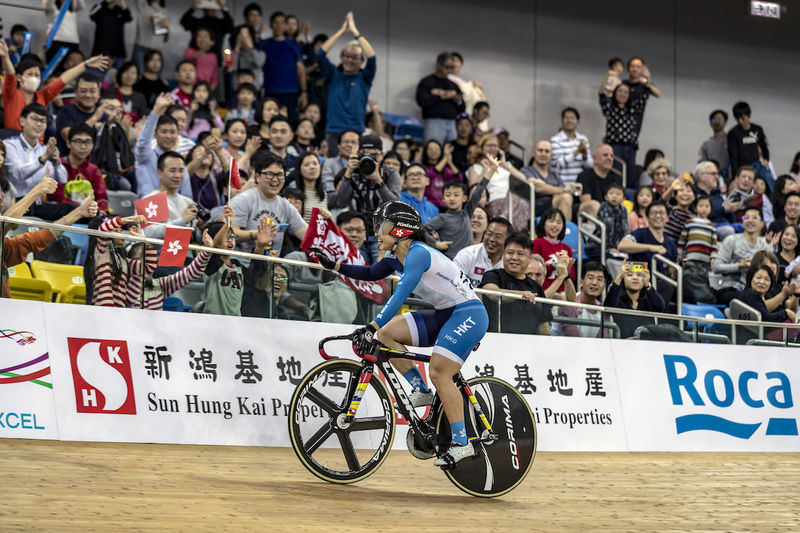 Lee won gold in the women's sprint at the Hong Kong Velodrome yesterday, today triumphing in the keirin event.

This was the second time this month that Lee has won two golds in one World Cup event, having done so in Cambridge in New Zealand last week.

Australia also had a successful day at the competition, winning gold and silver in the men's sprint.

Thomas Clarke edged out his compatriot James Brister in both races, winning in 10.823sec and 10.418.

Xu Chao of China then claimed bronze after beating France's Quentin Caleyron with times of 10.258 and 10.319.

In the men's madison, the New Zealand duo of Thomas Sexton and Campbell Stewart finished first with 33 points, while Australia's Sam Welsford and Kallang O'Brien took second place with 29 points.

In third was Benjamin Thomas and Florian Maitre of France with 21 points.

Kirsten Wild of The Netherlands won the women's omnium after scoring a total of 137, finishing in front of Laurie Berthon of France on 114 points and Alexandra Manly of Australia on 112 points.

Today's action not only concluded the competition in Hong Kong, but also the World Cup season.

Athletes will now prepare for the UCI Track Cycling World Championships which are being held in Pruszków, Poland, from February 27 to March 3.