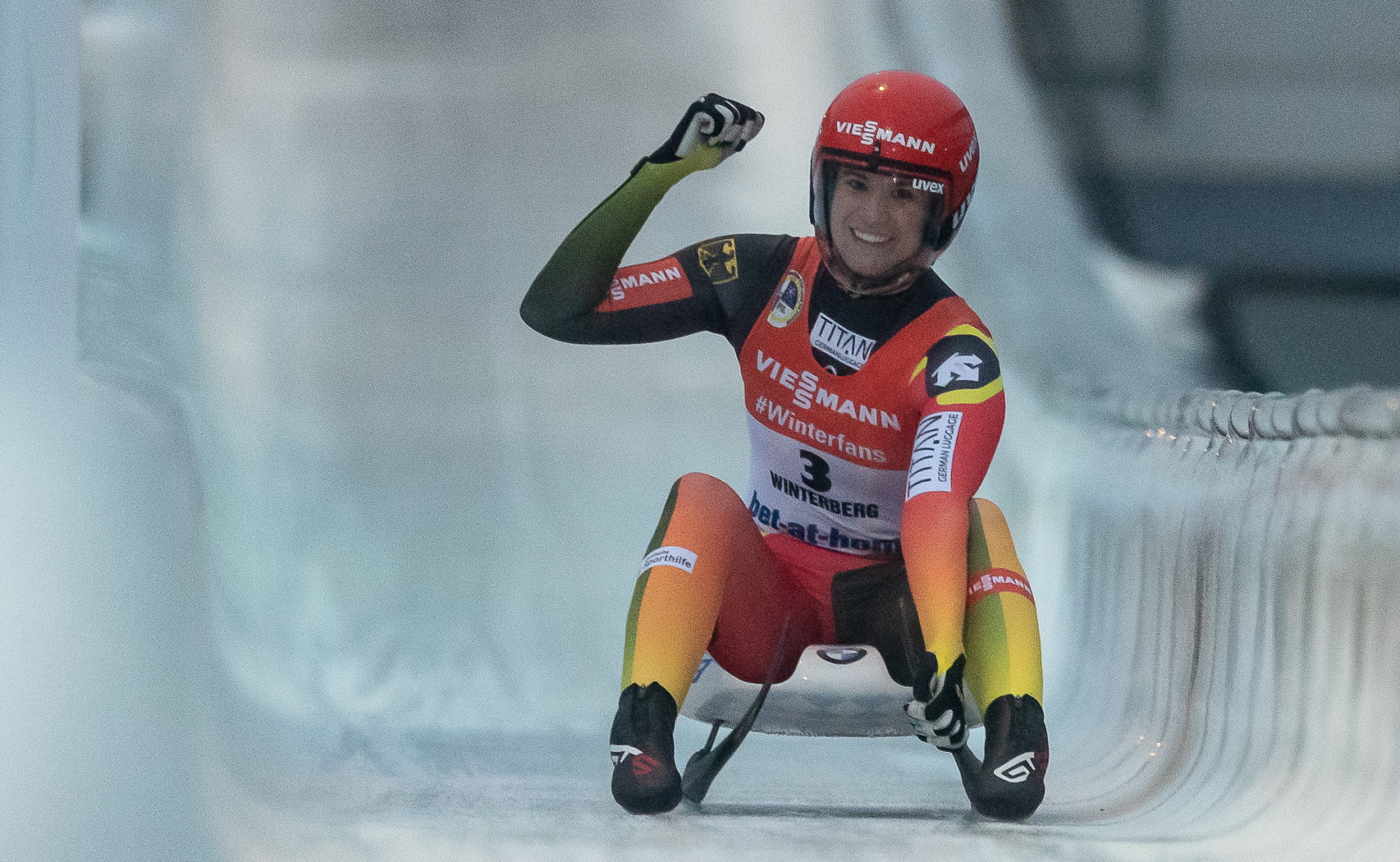 The German had also won in yesterday’s sprint competition in front of a home crowd.

Geisenberger put herself in pole position to claim gold for a second consecutive day, topping the standings after the first run of competition.

She finished in a time of 57.142sec to head the standings in front of her compatriot Julia Taubitz, who clocked 57.348.

A faster second run of 56.726 ensured Geisenberger secured the world title in a combined time of 1min 53.868sec.

The 30-year-old, a four-time Olympic gold medallist, now has nine World Championship titles to her name.

Four of the gold medals have come in the singles event, along with four team relay and yesterday’s sprint title.

The pair finished the first run in second place but rose to the top of the standings after the second run gave them an overall time of 1:27.256.

The men’s singles and team relay events are due to take place tomorrow as the World Championship draws to a close.