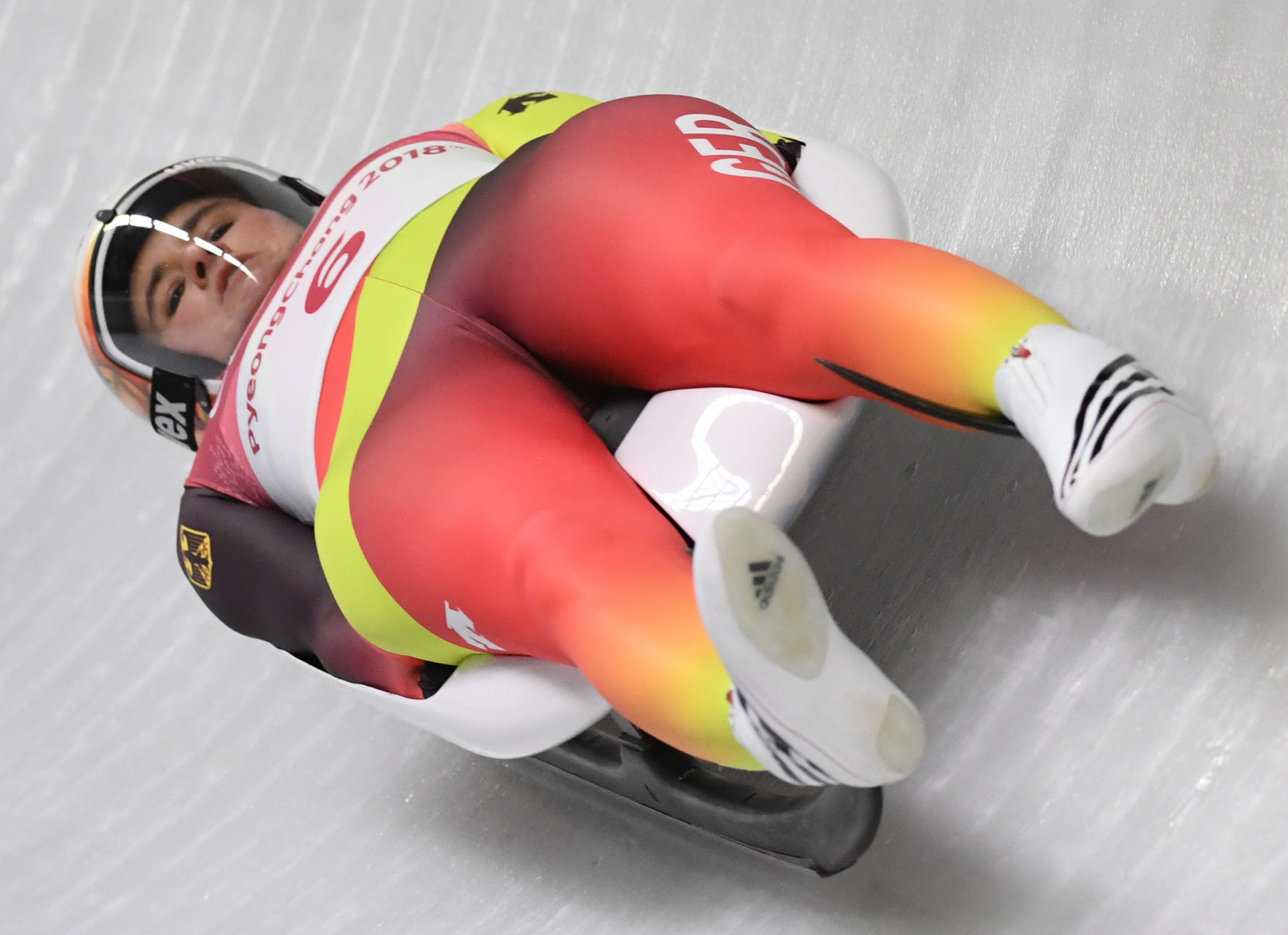 Home favourite Geisenberger headed into the Championships at the German track top of the women’s World Cup standings.

She began her weekend in fine fashion by topping an all-German women’s sprint podium.

Two-time Olympic singles champion Geisenberger achieved a winning time of 38.628sec in her effort down the course, narrowly edging her compatriot Julia Taubitz.

Taubitz was forced to settle for the silver medal after ending 0.007 seconds off the pace, while Dajana Eitberger clinched the bronze in 38.668.

The trio will expect to challenge for another podium finish tomorrow when they head back to the track for the two-run competition.

Müller emerged as the winner of the men’s sprint competition, the 21-year-old celebrating a maiden World Championship medal.

He achieved a winning time of 35.835, with Germany’s two-time Olympic singles champion Felix Loch ending 0.004 seconds back as the runner-up.

The bronze medal was claimed by Russia’s Semen Pavlichenko.

Reigning Olympic champions Tobias Wendl and Tobias Arlt, also from Germany, were second in 30.824, while Austria’s Thomas Steu and Lorenz Koller clinched the bronze medal in 30:829.

Doubles and the women’s singles competitions are scheduled to be held tomorrow, while the men’s and team relay events are set for Sunday (January 27).