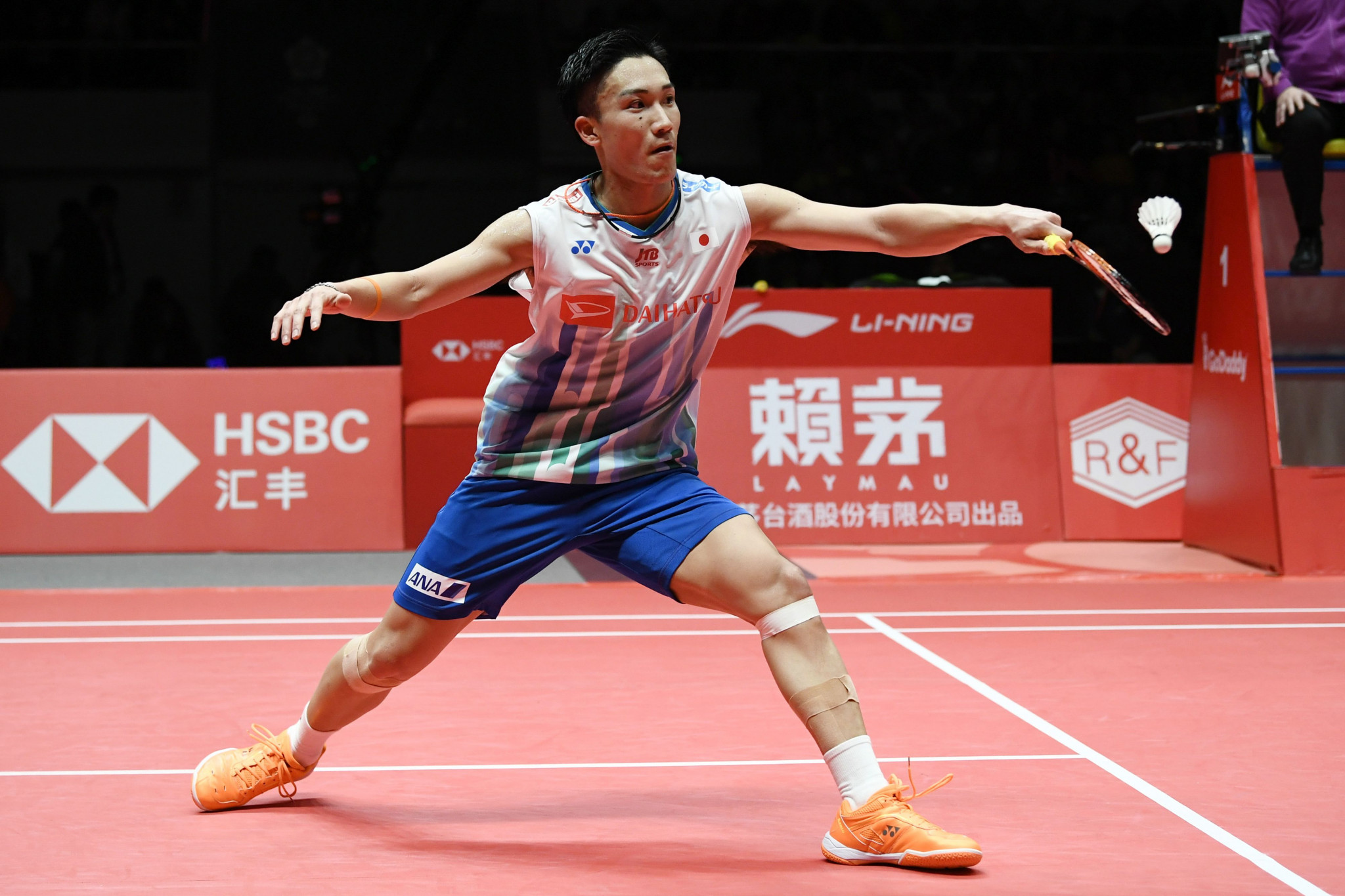 Ginting ended the world champion’s campaign at the 2018 Asian Games, held at the same venue - the Istora Gelora Bung Karno, but Momota was far too strong today on his way to a 21-9, 21-10 win.

The match in this BWF World Tour Super 500 event was arguably the most one-sided of their nine to date.

"At the Asian Games, I felt my game was slow when Ginting attacked," Momota, the top seed, said.

"I’d lost concentration due to the tremendous home support for him.

"But this time I was better prepared.

"I could anticipate his attack much better."

In the semi-finals, Momota is set to take on Denmark’s Viktor Axelsen, who defeated China’s Chen Long 21-18, 21-14 to avenge his loss against the same opponent in the semi-finals of last week’s BWF Malaysia Masters.

Axelsen has got the better of Momota only once in 10 meetings and that was way back in February 2014.

Jonatan Christie kept up the Indonesian challenge in the men’s singles with another high-intensity performance, overcoming India’s Srikanth Kidambi 21-18, 21-19.

The fifth-seeded Spaniard, who overcame Sindhu in the final of both the 2016 Olympic Games in Rio de janeiro and the 2018 World Championships in Nanjing in China, triumphed 21-11, 21-12.

Awaiting her in the last four is third seed Chen Yufei after the Chinese player recorded an eighth win in 10 matches against Thailand’s Ratchanok Intanon, the BWF Malaysia Masters champion.

The other women’s singles semi-final pits China’s He Bingjiao against India’s Saina Nehwal.