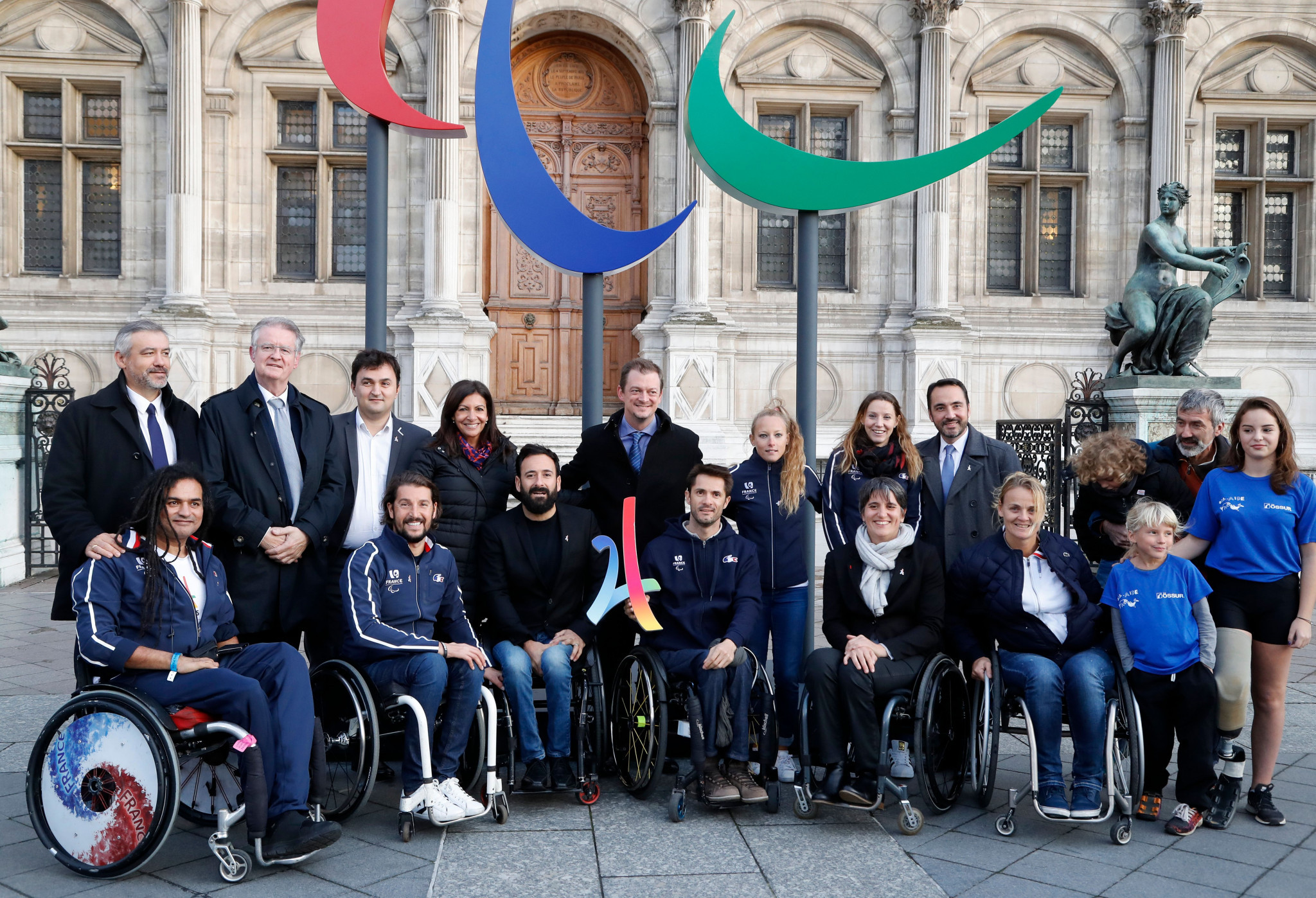 International Paralympic Committee (IPC) have confirmed the programme for Paris 2024 will remain unchanged from Tokyo 2020, with cerebral palsy football missing out on a place.

A total of 22 sports were confirmed for Paris 2024 at the IPC Governing Board meeting, currently taking place in London.

The decision will ensure badminton and taekwondo feature at the Paralympic Games for the second time, having been added to the programme for Tokyo 2020 at the expense of sailing and cerebral palsy football.

Cerebral palsy football had hoped for an immediate return having made it to the final stage of consideration for the Games.

The sport has, however, missed out on a place at the Games.

International Federation of Cerebral Palsy Football have claimed it is a "huge shock" to the sport, admitting they expected to be confirmed on programme due to their work in building a "strong and sustainable Para-sport".

IPC President Andrew Parsons claimed the IPC had sought to find ways of adding cerebral palsy football to the programme.

Parsons revealed the IPC Governing Board needed to maintain athlete numbers around 4,350 and ensure any potential changes from Tokyo 2020 would prove cost neutral.

This meant expanding the Games programme to 23 sports was not a "viable option".

"We explored every possible option to see how cerebral palsy football could fit into the sport programme," Parsons said.

"Clearly, the sport’s inclusion would have impacted the gender balance of the Games.

"The only way to compensate this would have been to remove male athlete slots from other sports – a move that would then have resulted in 23 sports and additional costs – or not include another predominantly male sport.

"This move would have reduced the number of high support needs athletes, a move that would have gone against our guiding principles.

"Despite a strong bid and excellent progress made in the last four years, we decided not to include cerebral palsy football in the Paris 2024 sport programme.

"I know the cerebral palsy football community will be disappointed at our decision, but if the sport continues to make progress and further develops the women’s game, then it will be in a much stronger position for inclusion in future Paralympic Games."

He claimed the sports had a strong global appeal and offered athletes with a wide range of impairments the chance to compete at the Games.

"I would like to send my warmest congratulations to the 22 sports that will form part of a mouth-watering Paris 2024 Paralympic Games sport programme," Parsons said.

"I think the final Paris 2024 programme is extremely attractive and exciting.

"It features 22 Para sports that have strong global appeal, support gender balance and offer athletes with a wide range of impairments - including those with high support needs - opportunities to compete on the biggest stage of all in the French capital.

"The IPC reviewed 23 strong bids and all 23 sports were viable for inclusion in the Games, which underlines the growing strength of the Paralympic Movement.

"In deciding the final sports for inclusion, the Board assessed all applications and committed to the Paralympic Movement’s desire to pursue gender parity, safeguard the involvement of athletes with high support needs and ensure that a diverse range of nations could take part."

The process to decide the Paris 2024 programme was launched in November 2017, with eight new sports and three sport disciplines applying for potential inclusion.

An application pack was then completed by the international federations from February until July, with the IPC then able to assess the strength and potential of each sport.

This included assessing governance, rules, anti-doping and worldwide reach, as well as classification code compliance and costs of operations for Paris 2024.

Cerebral palsy football and the 22 sports included at Tokyo 2020 were progressed in September for the final stage of assessment.

Feedback was provided to International Federations by October, with several asked for further information to be assessed prior to the IPC Governing Board’s decision.

"This decision was not taken lightly and involved evaluating many scenarios within an extremely complex sport ecosystem," said Chelsey Gotell, the IPC Athletes Council chairperson.

"As the voice of the athletes into the Governing Board, any decision made directly impacts my fellow athlete community, who have devoted their lives to training and competing to be the best in the world at their sport.

"Although a very difficult decision, at the end of the day, it was imperative that the Governing Board returned to the guiding principles of the Paralympic Movement which led us to this outcome.

"This decision also highlights the importance of the IPC Athletes' Council strategy – which is expected to launch within the next few months.

"This strategy has a component of creating educational resources that outline the complexity of the sport programme matrix in an athlete friendly way so that athletes have a better understanding of all of the facets that are taken into consideration when approving the Paralympic sport programme."

He claimed it represented a key moment on their journey to the Paralympic Games.

"We congratulate the IPC and the International Federations who took part in the process and look forward to developing with them an event programme that will dazzle the world in 2024 and showcase Paralympic sports like never before," Estanguet said.

"This is only the beginning.

"The next step is to finalise the venue master plan and ensure Paris delivers on its promise to offer the most breath-taking and innovative stage for Paralympians to excite the world."