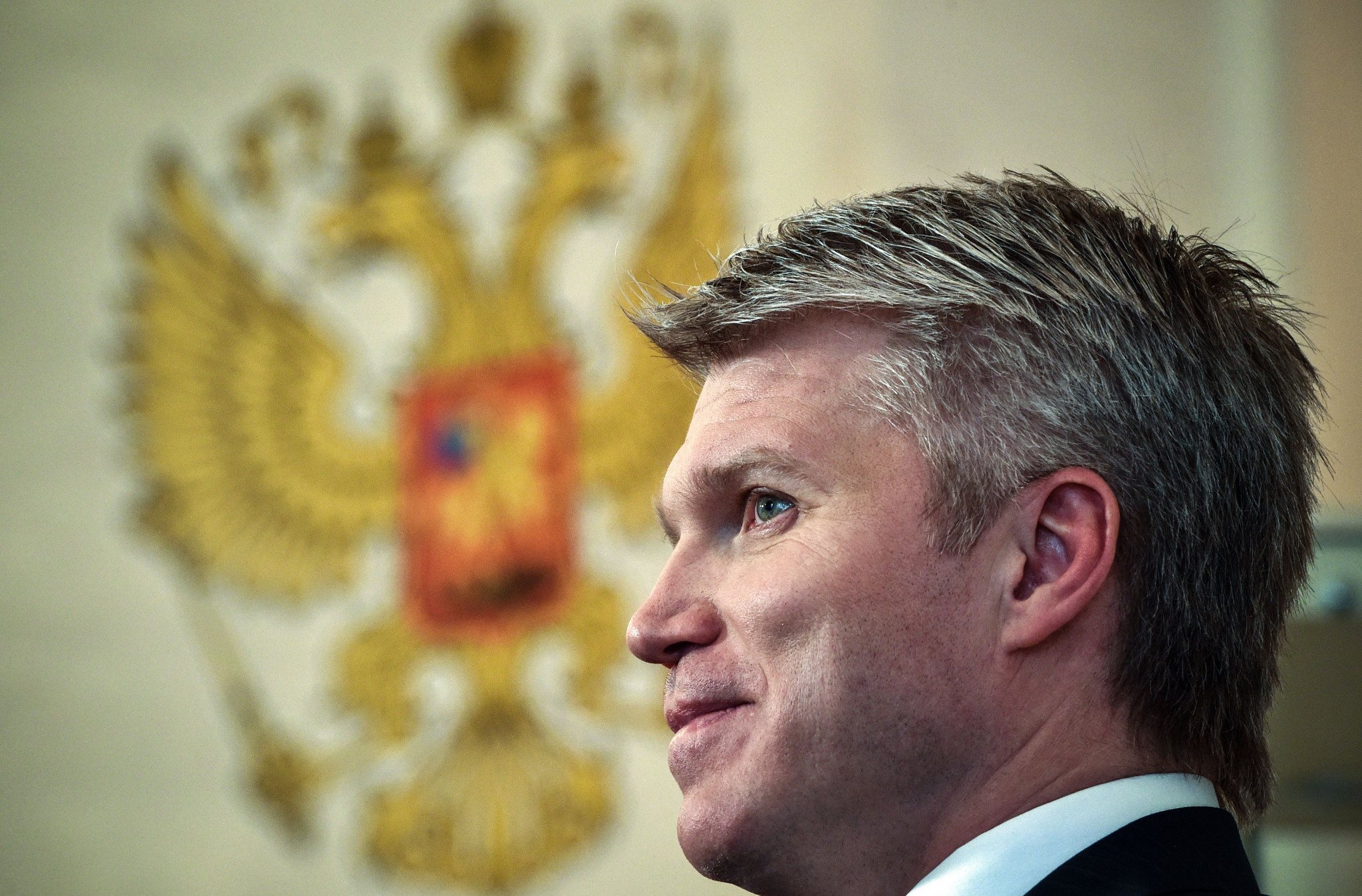 Russia's Sports Minister Pavel Kolobkov has described their relationship with the World Anti-Doping Agency (WADA) as "constructive" after the country avoided a further ban for missing a crucial deadline.

WADA's Executive Board ruled that the Russian Anti-Doping Agency (RUSADA) would not be declared non-compliant again on Tuesday (January 22), despite the failure to hand over key data from the Moscow Laboratory by December 31.

Russian authorities blocked an initial attempt by WADA to retrieve to data - thought to be vital evidence in the country's doping scandal - by claiming the equipment they wanted to use had not been properly certified.

The data was eventually collected two weeks late but even with the tardiness RUSADA has escaped further punishment.

This is despite the deadline being a compulsory condition when RUSADA were initially reinstated by WADA in September, following a ban stretching back to 2015.

Analysis of the data will now be carried out with WADA hoping they will be able to catch more cheats while clearing others.

Fears remain that the data may now have been manipulated or tampered with, however.

"An alleged scandal on this issue in media was rather of a fake nature.

"This is because a normal and consistent work was underway."

RUSADA must now meet another deadline with sample reanalysis needing to be complete by June 30.

WADA has promised to ban RUSADA again if any evidence of data manipulation is revealed, while insisting that there was no precedent to punish them again after the missed deadline.

This is not seen as good enough by some athletes and officials, however, who have voiced criticism at the lack of further sanctions.

A joint statement released today by National Anti-Doping Agencies (NADOs) in 13 countries described the situation as a "tragic saga".

"It is agreed that the acquisition of the data from the Moscow Laboratory has been a critical step," the statement said.

"The requirement to provide access to data and samples are obligations which arose 18 months ago.

"While WADA is to be commended for obtaining the data, and RUSADA congratulated for its willing cooperation, it is not cause for celebration.

"It is not yet appropriate to turn the page on the issues, nor should the principals at WADA be doing a victory lap, rather it is the opening of another chapter in the tragic saga of a state-sponsored doping scheme.

"Months of detailed examination is now required before even verifying the integrity of the data.

"Thereafter, additional sample analysis may be required before any individual doping cases could be considered - all of which to occur by a declared deadline of June 30, 2019.

"Meanwhile, Russia continues to bid to host international events such as the 2024 Youth Olympic Games, which would not be possible should they have been deemed to be non-compliant.

"We owe it to clean athletes, including those within Russia, to identify and establish any current or former athletes who should be subject to potential Anti-Doping Rule Violation proceedings.

"Moreover, rather than merely seeking to prosecute the athletes who may be implicated, NADO Leaders believe all avenues must be pursued to also hold the conspirators accountable."

Revelations of more widespread cheating at events including the 2014 Winter Olympics in Sochi then emerged and the International Olympic Committee forced Russia to compete under a neutral flag at Pyeongchang 2018 in February.

WADA's Executive Committee voted 9-2 in favour of lifting RUSADA's ban in the Seychelles in September.

The reinstatement came despite Russia not meeting two key re-compliance criteria - admission of the McLaren Report which outlined much of the doping evidence against them - and access to the Moscow Laboratory.