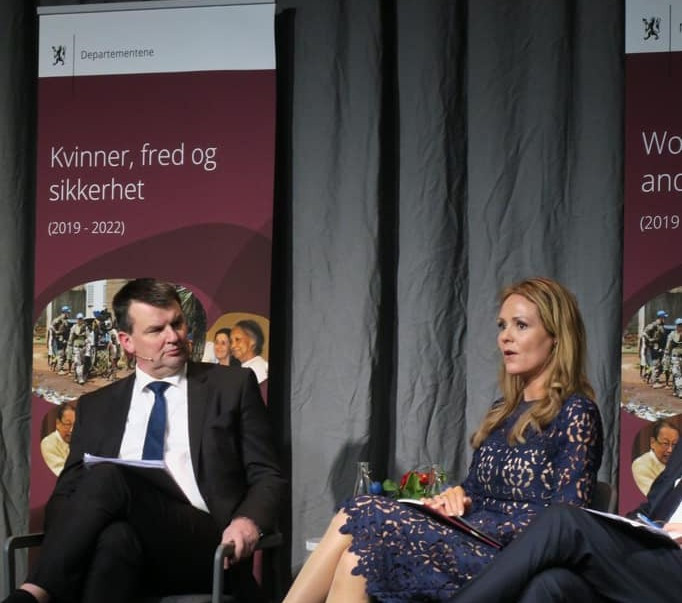 World Anti-Doping Agency (WADA) vice-president Linda Helleland insists she retains the support of the Norwegian Government in her bid to succeed Sir Craig Reedie as President and can continue her campaign despite losing her cabinet position.

The announcement said Helleland had been "honourably discharged" from her office.

It came after the ruling minority three-party coalition reached a deal last week to add the small Christian Democratic Party to form a majority Government.

Kjell Ingolf Ropstad has stepped into the role vacated by Helleland, now called Minister for Children and Families, with some claiming the move was made to appease the Christian Democrats as he serves as the party's deputy leader.

It means Helleland does not currently hold any position within the Norwegian Government.

The 41-year-old told insidethegames, however, that it did not have any impact on her Presidential campaign.

WADA director general Olivier Niggli also claimed Helleland being axed from the now 22-member cabinet would have "no effect" on her role within the global anti-doping watchdog.

"I still have the full support of the Prime Minister and the Norwegian Government with my campaign - they are fully behind me and very helpful," Helleland told insidethegames.

"I now have more time to be the vice-president of WADA and fight for the right values."

Helleland, who had been a Minister in Solberg's Government since 2015, was given the backing of the Prime Minister in her bid for the top job at WADA in November.

In a statement, Solberg said Helleland was the best candidate for the position as she is "firmly committed to strengthening WADA as the global anti-doping regulator and to restoring the confidence of athletes and sports fans in fair and honest sport".

Helleland is one of four confirmed candidates for the WADA Presidency.

Polish Sports Minister Witold Bańka and Flemish counterpart Philippe Muyters are also challenging for the European nomination, with a decision likely to be made on the Council of Europe's preferred candidate later this month.

It is now the turn of the public authorities to have the next President as Sir Craig's replacement should come from the Governmental side under the current rotational model.

The public authorities have also asked the eventual successor to Sir Craig, who has faced extensive criticism during the fallout to the Russian scandal, to resign their Ministerial position.