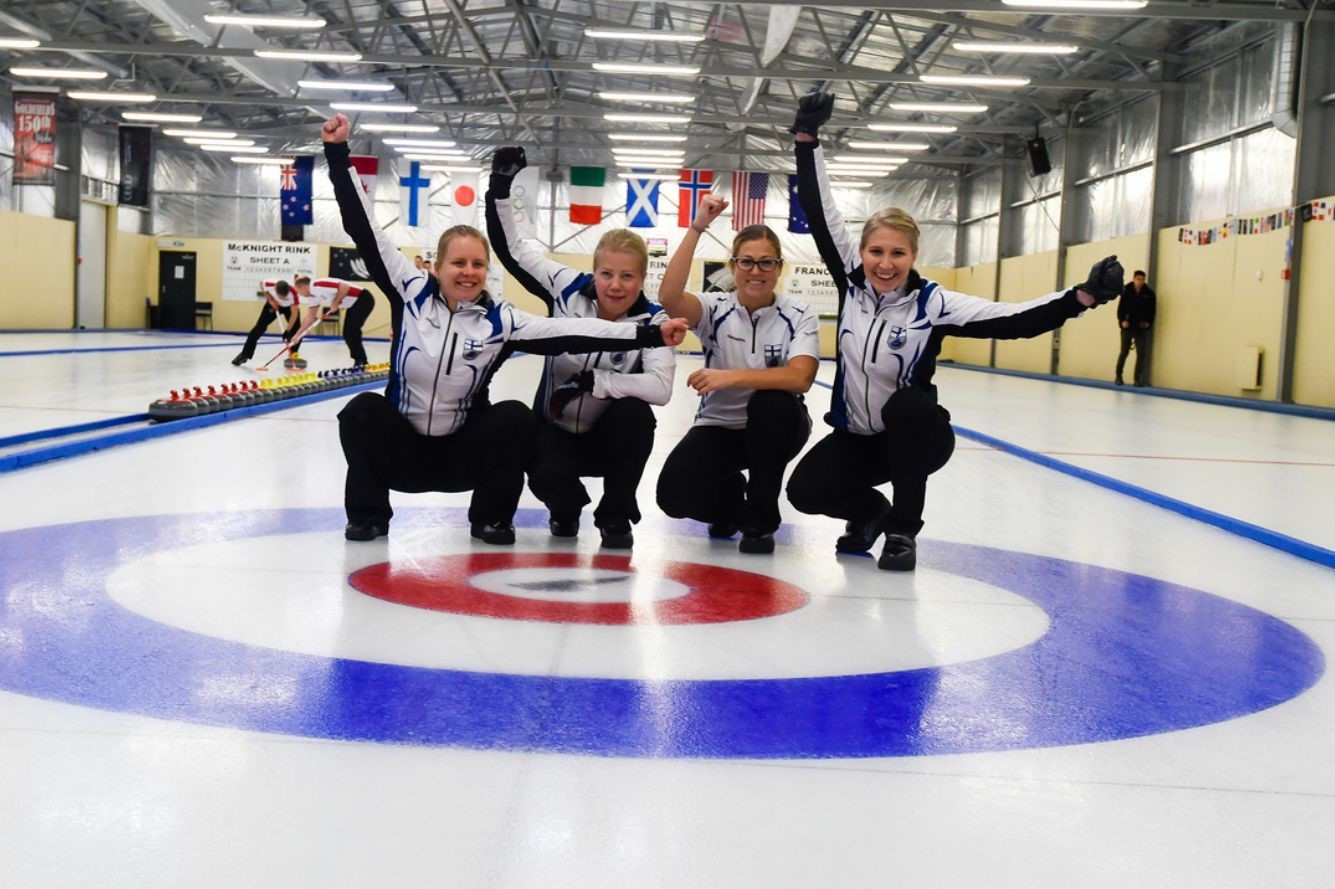 They joined China's women's and South Korea's men's teams, who qualified in today’s earlier play-offs at the Naseby Curling Rink, in the 13-team strong fields for the World Championships.

Finland, whose team was made up of skip Oona Kauste, third player Eszter Juhasz, second player Maija Salmiovirta and lead Lotta Immonen, had suffered the disappointment of losing 4-3 to China but took full advantage of their second qualification opportunity by beating third-placed Hungary 8-1.

The Finns scored one point in the opening end and then had single-point steals in each of the next three to establish a 4-0 lead.

They also dominated the second-half of the game, scoring two points in the sixth end before registering two more single-point steals.

"It was a really good game against China this morning," Kauste said.

"We just had a little bit of bad luck, but they played well and deserved to win.

"After that game, I knew we could make it with our second chance.

"That was a good game for us against Hungary - we played really well.

"Now it feels amazing, I don’t have words.

"This was a big dream to qualify."

Having earlier lost the first play-off game to South Korea 7-3, England’s men’s team also missed out on their second chance to qualify when they fell to an 8-5 defeat at the hands of third-placed The Netherlands.

The teams traded single points for the first three ends before the Dutch made the first break-through with a score of three points in the fourth, giving them a 4-2 advantage.

The Netherlands, whose team was made up of fourth player Wouter Goesgens, skip and third player Jaap van Dorp, second player Laurens Hoekman and lead Carlo Glasbergen, then stole a single point in the fifth end to take a 5-2 lead into the break.

Eventually, an England attempt to tie the game by spinning three stones into the house with the last stone of the 10th end did not come off.

This gave The Netherlands the victory that qualified them for a third successive World Championships.

"We took a little trip to this event to qualify," Van Dorp said.

"It wasn’t in our plan, but it still feels amazing to get there.

"We felt like we were in control in that game, but we still had to be on our toes."

For each gender, only three places were available in the play-offs from the fields of eight teams that had been contesting the round robins.

The 2019 World Qualification Event is a new pathway to this season’s world events, which put places up for grabs for two women’s and two men’s teams to join the nations who had already qualified directly.

This year's World Women’s Curling Championship is due to take place in Danish town Silkeborg from March 16 to 24.

Lethbridge in Canada is scheduled to host the men’s equivalent from March 30 to April 7.