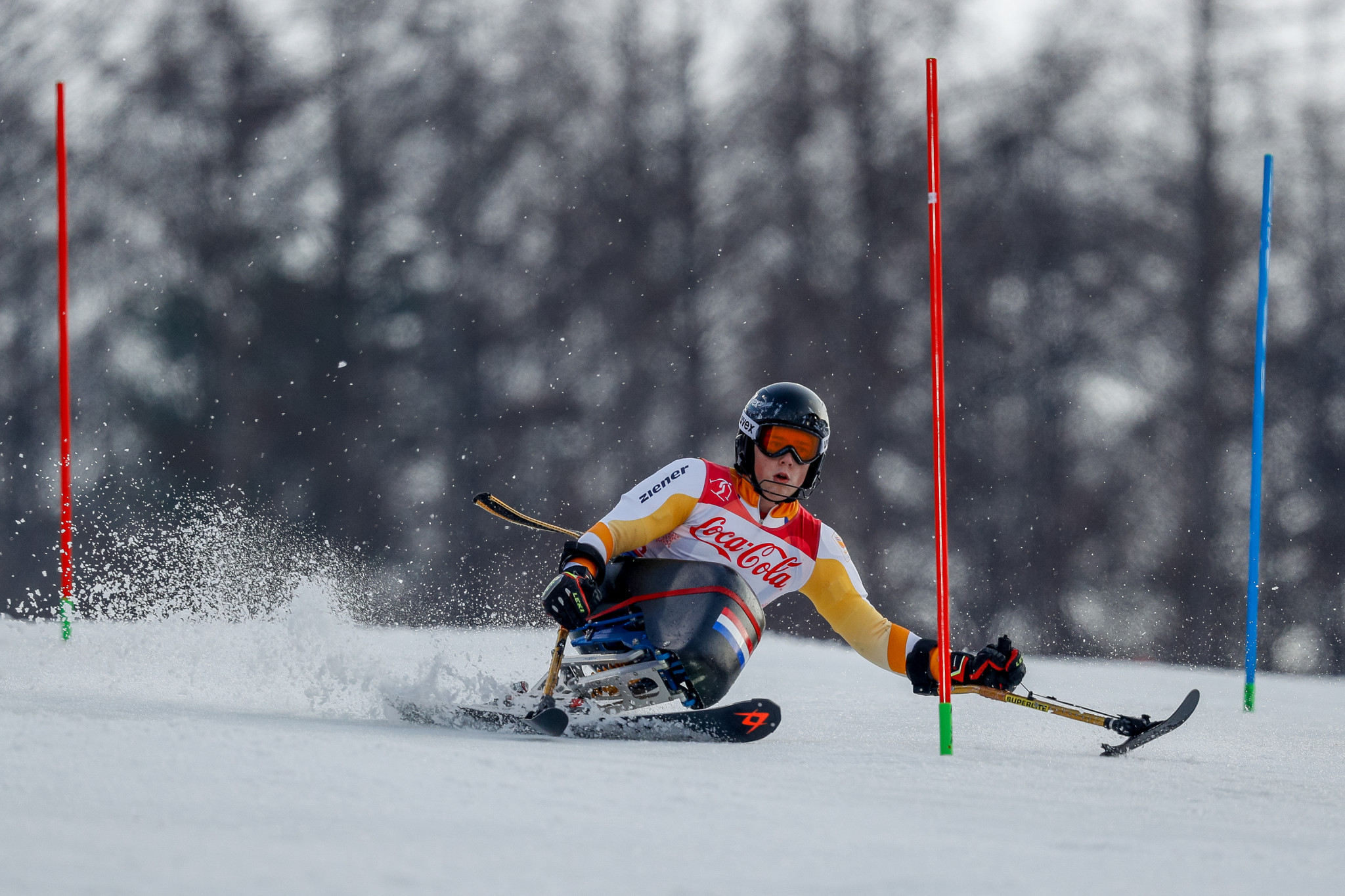 Kampschreur headed to the Slovenian resort with the aim of adding to the three world titles he earned at the 2017 Championships in Tarvisio in Italy.

The 19-year-old was able to defend his giant slalom title after two impressive runs on the course and ended with a combined time of 2min 10.55sec.

His compatriot Niels de Langen ended as the runner-up in 2:12.32.

Norway’s Jesper Pedersen rounded off the top three in 2:12.69.

Switzerland’s Theo Gmur and the United States’ Thomas Walsh rounded off the podium, taking silver and bronze in times of 2:05.51 and 2:07.33 respectively.

The men’s visually impaired title was earned by Marek Kubacka, with the Slovakian posting an impressive time with guide Maria Zatovicova.

Kubacka finished his two runs in a combined time of 2:03.64.

Silver was earned by Italy’s Giacomo Bertagnolli and guide Fabrizio Casal, who recorded a time of 2:08.58.

Austria’s Josef Lahner and guide Franz Erharter secured bronze in a time of 2:10.01.

The Championships are being co-hosted by Slovenia and Italy.

Technical events are all taking place Kranjska Gora, while the speed categories will be held at Sella Nevea in Italy.

In all, 98 athletes from 30 countries are scheduled to compete at the Championships, with the technical events taking place until January 24.

Italy will then take over as hosts when the speed events run from January 29 to February 1.

The women’s giant slalom events will be held tomorrow.