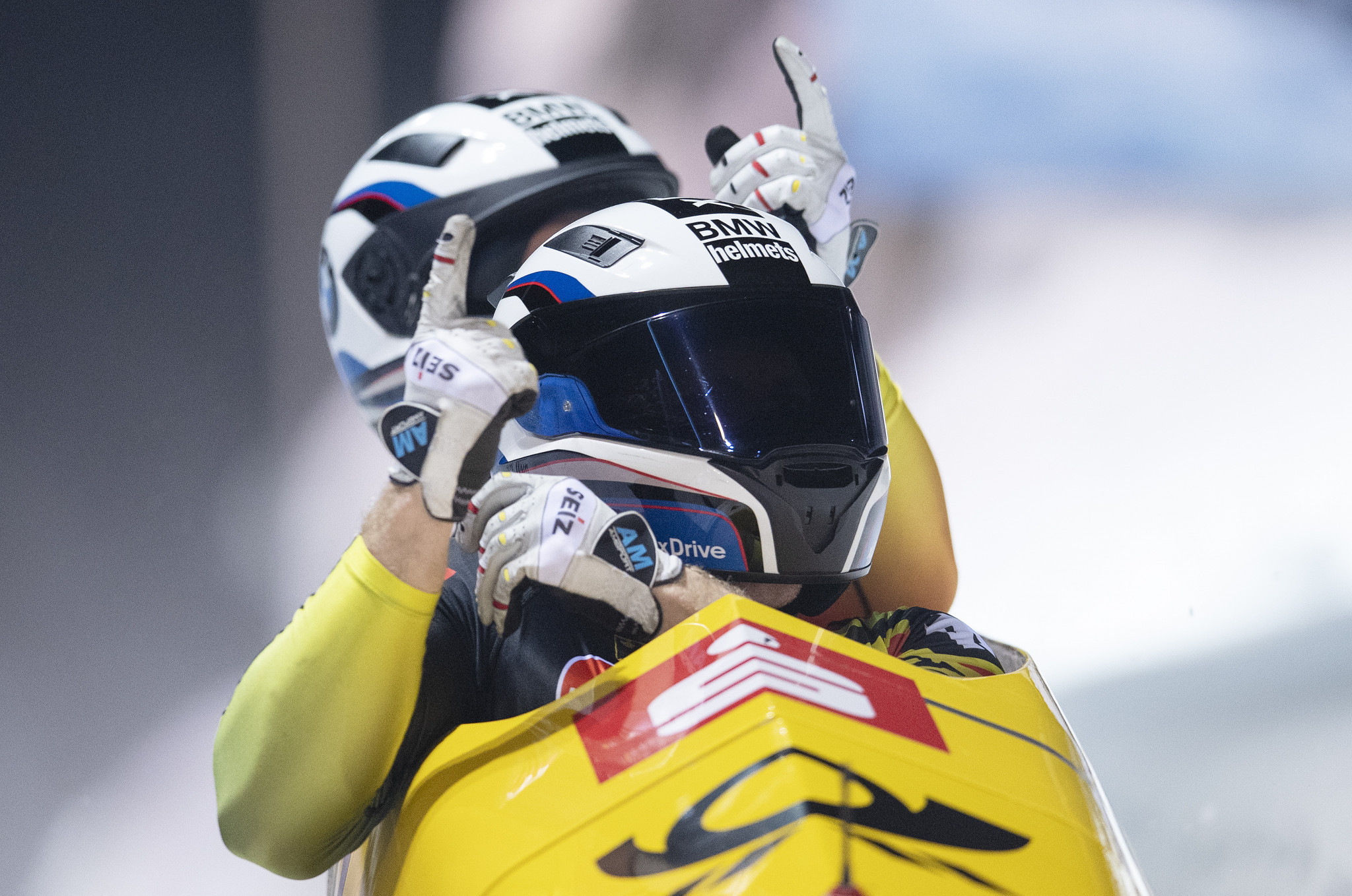 Double Olympic champion Francesco Friedrich completed a year of uninterrupted success today as he won the two-man bobsleigh event at the International Bobsleigh and Skeleton World Cup in Innsbruck.

The German pilot, partnered by Thorsten Margis, has secured first place in every one of his races over the last year, including at the Winter Olympic Games in Pyeongchang.

This was his fifth win on the IBSF World Cup circuit this season.

Friedrich, who took four-man gold at Pyeongchang 2018 as well as sharing the two-man title, finished 0.15sec clear of team-mates Johannes Lochner, the European Championship runner-up, and his partner Florian Bauer in a time of 1min 42.85sec.

Third place went to Oskars Kibermanis and Matiss Miknis of Latvia, who were 0.34 behind as they earned their fourth podium position in the five World Cup races staged so far this season.

World Cup title defender Justin Kripps of Canada, who shared the two-man gold medal with Friedrich at the Pyeongchang 2018, missed out on the World Cup podium for the first time this season, placing fourth.

Friedrich remains at the top of the overall World Cup two-man rankings with a score of 1125.

After five out of eight races, Oskars Kibermanis of Latvia is second with 1004 points ahead of Maxim Andrianov of Russia, who has 792.

Earlier in the day at Innsbruck, Germany’s Stephanie Schneider earned her second victory of the season.

Schneider, who totalled 1:46.06, came close to breaking the track record in the second race in Innsbruck, clocking 52.96..

She eventually finished 0.11 ahead of Jamanka and partner Kira Lipperheide, who was making her World Cup debut in the third bobsleigh race of her professional career.

The 18-year-old won her first two races at the IBSF Europe Cup in Innsbruck earlier this month with pilot Kim Kalicki.

Meyers Taylor, partnered by Sylvia Hoffman, was 0.17sec behind Schneider overall having taking a narrow lead after the first race.

In the overall IBSF World Cup standings Jamanka leads with 1095 points after the fifth of the eight scheduled races this season.

Schneider is second on 986 ahead of another German, Anna Köhler, who placed fourth today to total 936 so far.