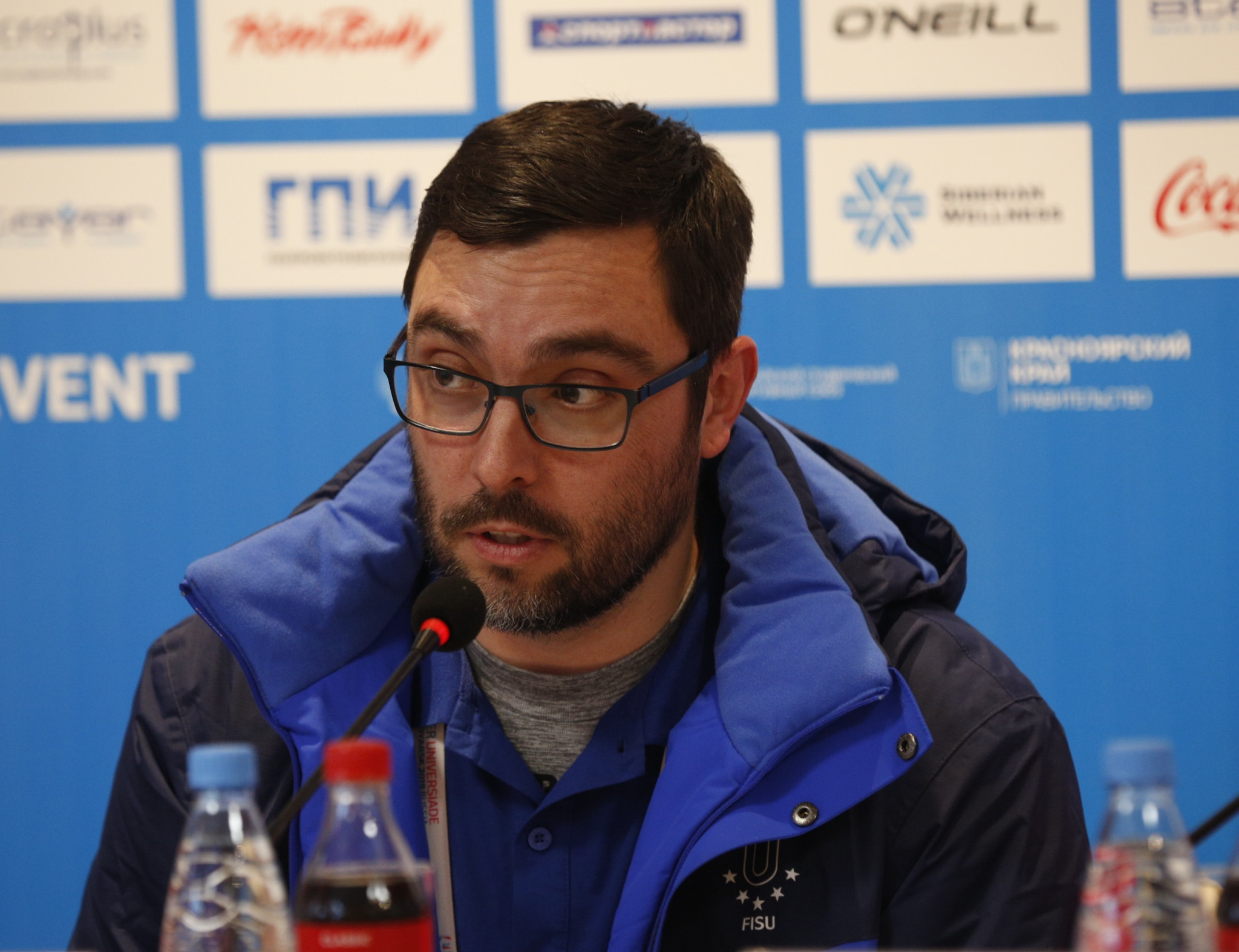 International University Sports Federation (FISU) director general Paulo Ferreira has claimed the organisation is confident that preparations for the Krasnoyarsk 2019 Winter Universide are at the "top level" following the conclusion of a test event at the newly-built Sopka Cluster.

The test event was made up of a Snowboard Russian Cup stage in parallel giant slalom and an International Ski Federation (FIS) Freestyle Skiing stage in ski cross.

Ferreira attended the competitions as part of his working visit and assessed the level of organisation prior to the start of the Winter Universiade on March 2.

"At the FIS Freestyle Skiing and Snowboard Russian Cup stages, the International University Sports Federation received feedback from the athletes concerning the courses, in particular, and on Sopka Cluster, in general, in order to create ideal conditions at the venue," he said.

"We are confident everything has been prepared at the top level.

"It is a decent legacy not only for Krasnoyarsk.

"Professional athletes from all over the world will be able to train and compete here."

Elena Vorona, the chief of competition in freestyle skiing and head of the Russian freestyle national teams, thanked Krasnoyarsk for its hospitality and shared her opinion on the Sopka Cluster.

"We have been waiting for such a ski cross course for a while," she said.

"Now we are planning to use it not only for sports events but also for professional athletes’ training.

"From my point of view, the participants of these competitions have everything they need here."

Following qualification and the final races, Anastasia Malakhova of the Moscow region was crowned the winner of the women's parallel giant slalom event.

Natalia Koneva captured the silver medal, while the bronze was awarded to Ekaterina Kaganyuk.

Both athletes represent the Kemerovo region.

The gold medal in men's parallel giant slalom was taken by Vladislav Shkurikhin of the Kemerovo region.

Maxim Rogozin from the Khanty-Mansi Autonomous District claimed the silver medal, and the bronze went to Ilya Vityugov of the Kemerovo region.

Polina Ryabova and Mariia Dobrova, both athletes that are also from Saint Petersburg, won the silver and bronze medals respectively.

He has competed in the discipline since he was six years of age and has some experience in world, European and Russian Cups, among others.

"I hope to come to Krasnoyarsk and participate in the Winter Universiade 2019 and I hope to perform better than I did at the previous Games in Kazakhstan," Nabiulin said.

Nikolai Shupletsov of Saint Petersburg clinched the silver medal, while Evgeniy Mozhaev of the Perm region secured the bronze.