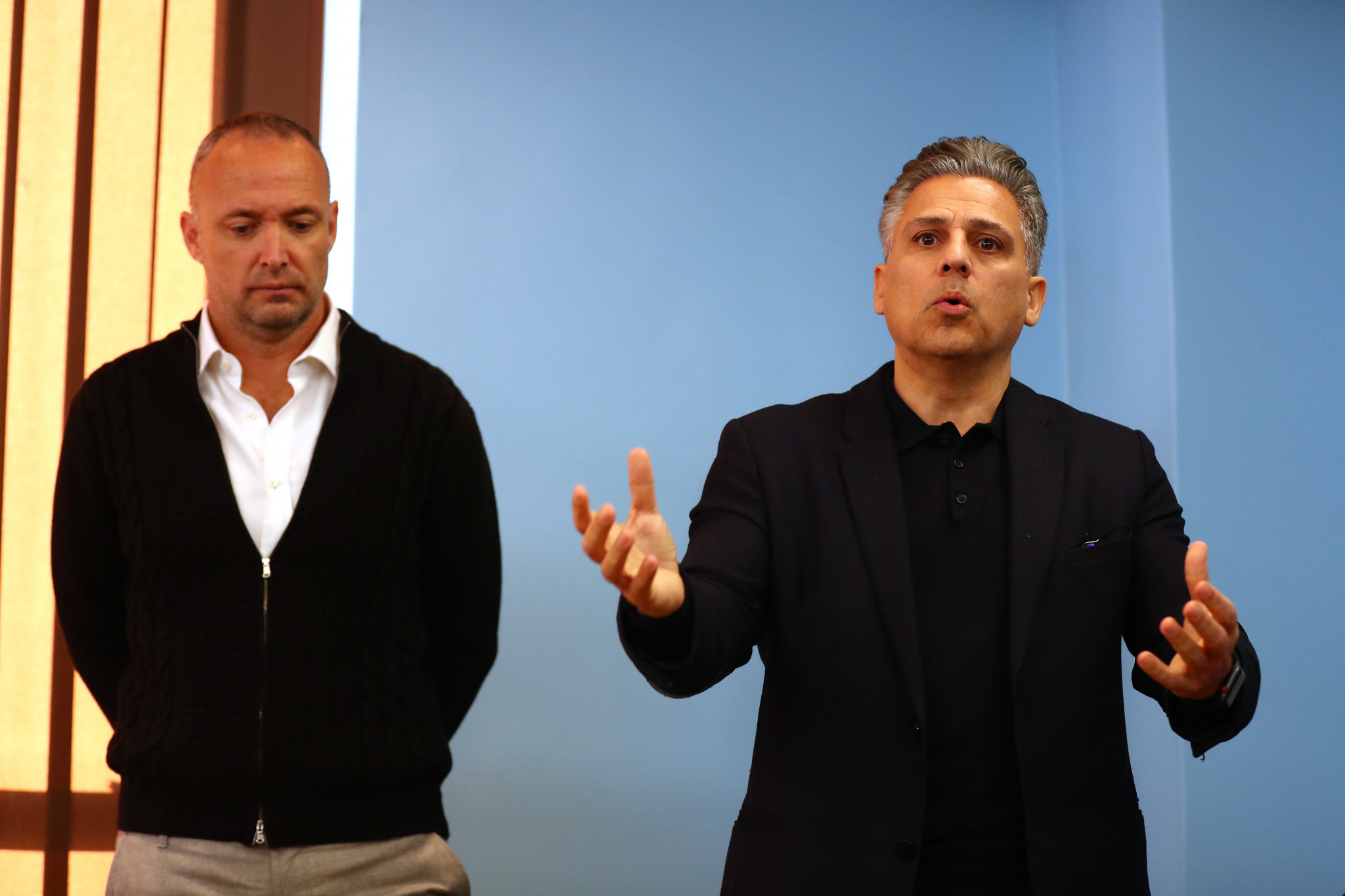 ISL managing director Andrea di Nino said the move was "a step in the right direction", while financer and advisory board head Konstantin Grigorishin called on FINA to reach a "binding agreement" with the breakaway group to show it is willing to cooperate.

But the ISL statement also contained numerous attacks on FINA amid an ongoing dispute between the two organisations, which has sparked athletes to demand a greater share of the revenue generated by FINA.

Di Nino also claimed FINA's confirmation that athletes would not be sanctioned for competing at events including those run by the ISL was a direct reaction to two civil lawsuits filed against the governing body, which "exposed FINA's illegal threatened ban of swimmers".

The first was brought by the ISL, with the second filed by Hungary's Katinka Hosszú and American swimmers Michael Andrew and Tom Shields in the United States, alleging FINA has violated anti-trust laws.

FINA repeatedly insisted last month that swimmers were "free to participate in competitions or events staged by independent organisers" following claims that those who competed at a planned ISL event in Turin would be banned.

FINA then launched its own Champions Series, which has a total prize purse of nearly $4 million (£3.1 million/€3.5 million), in what many interpreted as a direct response to the ISL.

The ISL has accused FINA of "copying the ISL's team competition model in a further FINA effort to quash competition that benefits swimmers and fans alike".

"We welcome FINA's belated admission as well as FINA's promised assurance that it will now cease such obviously unlawful conduct that hurts the very swimmers that FINA claims to represent," said Ukrainian businessman Grigorishin.

"Yesterday's implicit admission of guilt comes only after FINA illegally forced the cancellation of ISL's Turin Event and after FINA then blatantly copied the ISL model in an obvious attempt to win over the elite swimming community FINA has long been exploiting.

"We look forward to FINA memorialising its newfound deference to the laws of the United States and of the European Union - and to the rights of the world's swimmers and ISL - into an enforceable agreement. We are reaching out to FINA now to enter into such a binding agreement.

"If FINA truly means what it said, then FINA will readily cooperate."

FINA held a meeting with National Federations to clarify its stance regarding events such as those organised by the ISL.

The governing body said independent organisers should "cooperate or seek approval" from FINA if they want to have any results recognised.

"Regardless of yesterday's promise that it will behave correctly and legally in the future, FINA must agree to legally enforceable terms that assure a level competitive playing field and that atone for the wrongs FINA already committed," the ISL statement added.