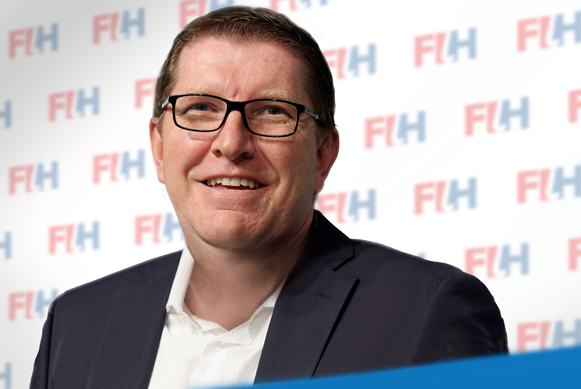 International Hockey Federation (FIH) chief executive Thierry Weil has insisted Pakistan remains part of the Pro League following several reports in the country that the team had withdrawn from the new tournament.

Reports in the nation claimed the Pakistan Hockey Federation (PHF) were seriously considering quitting the competition, which officially launches with the first match between Spain and World Cup winners Belgium in Valencia on Saturday (January 19), owing to a lack of funds.

The PHF has since claimed it is hopeful of resolving the funding crisis and has appealed to the Government and the private sector for sponsorship.

Pakistan will play all of their Pro League games away from home due to security issues in the country, which Weil admitted had contributed to the financial concerns at the PHF, after a deal to stage their matches in Scotland collapsed.

They are scheduled to face Argentina in Cordoba in their opening match on February 2 before they head to Australia and New Zealand for their next round of games later in the month.

The extensive travel is thought to be among the main financial problems for the PHF, which claim the Pakistan Government has ignored its repeated pleas for additional funding.

Weil, FIFA's former head of marketing who was appointed FIH chief executive in March of last year, told insidethegames that Pakistan remains part of the Pro League and had not informed the organisation of their withdrawal.

"If a country like Pakistan, which is a powerhouse of hockey and which is participating in the top tournaments in the world, cannot themselves have matches and tournaments at home, you lose a lot of fanbase," Weil said.

"All those commercialisation possibilities, finding local partners, and getting support is extremely complicated for hockey in Pakistan.

"It is clearly the national association that is most struggling to get the necessary funds and other things that they need to get together for this reason.

"We are monitoring that and we are talking to Pakistan about how we can assist but at the end of the day they will need to make it happen in the way they have committed to."

Teams were selected for the Pro League by the FIH, with financial pledges among the assessment criteria.

Concerns over Pakistan's participation in the Pro League come after the country nearly withdrew from last year's World Cup in India due to the financial situation.

The PHF was eventually saved by a last-minute sponsorship deal but the issue plagued their preparations, with reports claiming the facilities at the team's training camp were sub-par.

The debacle saw Shahbaz Ahmed resign as PHF secretary general after the tournament, while Khalid Khokar remains President despite the ongoing problems.

The Pro League, a new home and away competition, will run through to June.

The men’s and women’s finals, which will crown the first winners of the tournament, are scheduled to be held in Amsterdam from June 27 to 30.