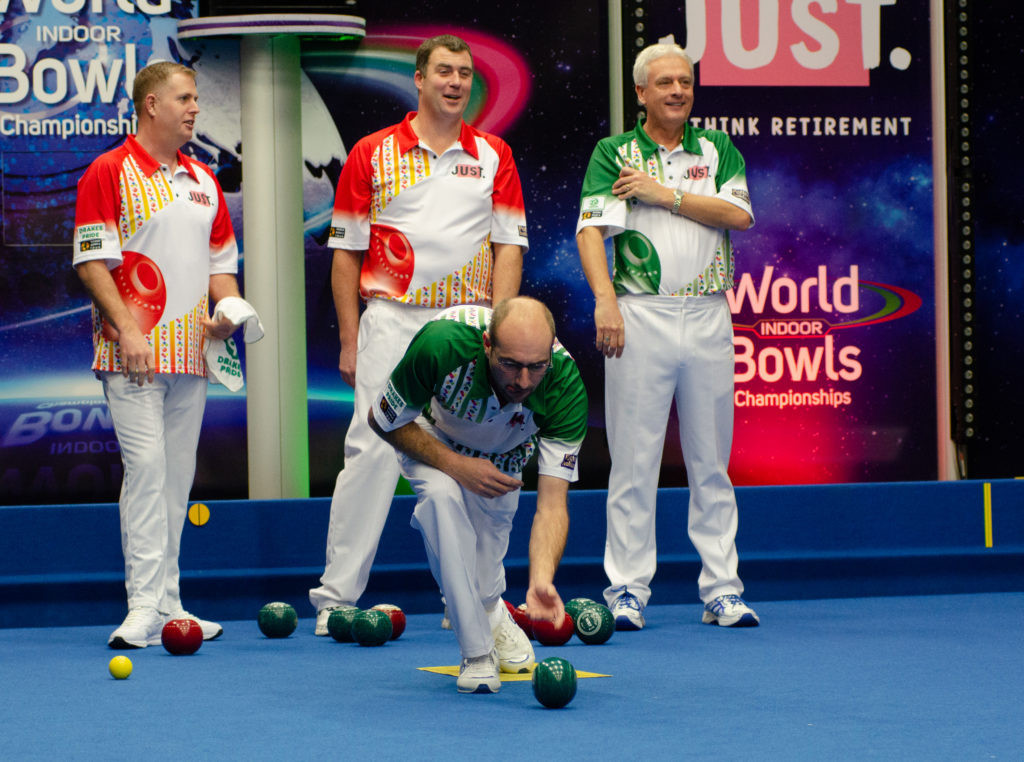 Another team advanced into the semi-finals of the World Indoor Bowls Championships pairs competition today as England's Mark Royal and Andy Thomson defeated Robert Paxton and Michael Stepney in Norfolk.

After Scotland's Paul Foster and Alex Marshall advanced yesterday, Royal and Thomson won what was a tense contest today at Potters Resort, 7-6, 5-5.

After four ends in set one the score was tied at 5-5, with the next two ends seeing the teams match each other perfectly to move the score to 6-6.

With the match so tight any kind of mistake was likely to prove costly and it was Royal and Thomson who benefited to take the first set by one point.

Set two was tight once again, but by end four Royal and Thomson were marginally ahead at 3-2.

End five saw them go further ahead at 5-2, but not lying down Paxton and Stepney fought back and eventually levelled it at 5-5.

Having won the first set, however, it was Royal and Thomson who took the win, meaning they will play again in the semi-finals tomorrow.

In the day’s other pairs game, having knocked out the 2016 champions yesterday, Australia’s Dave Rankin and Kyle McIlroy fell to defeat against England's Greg Harlow and Nick Brett.