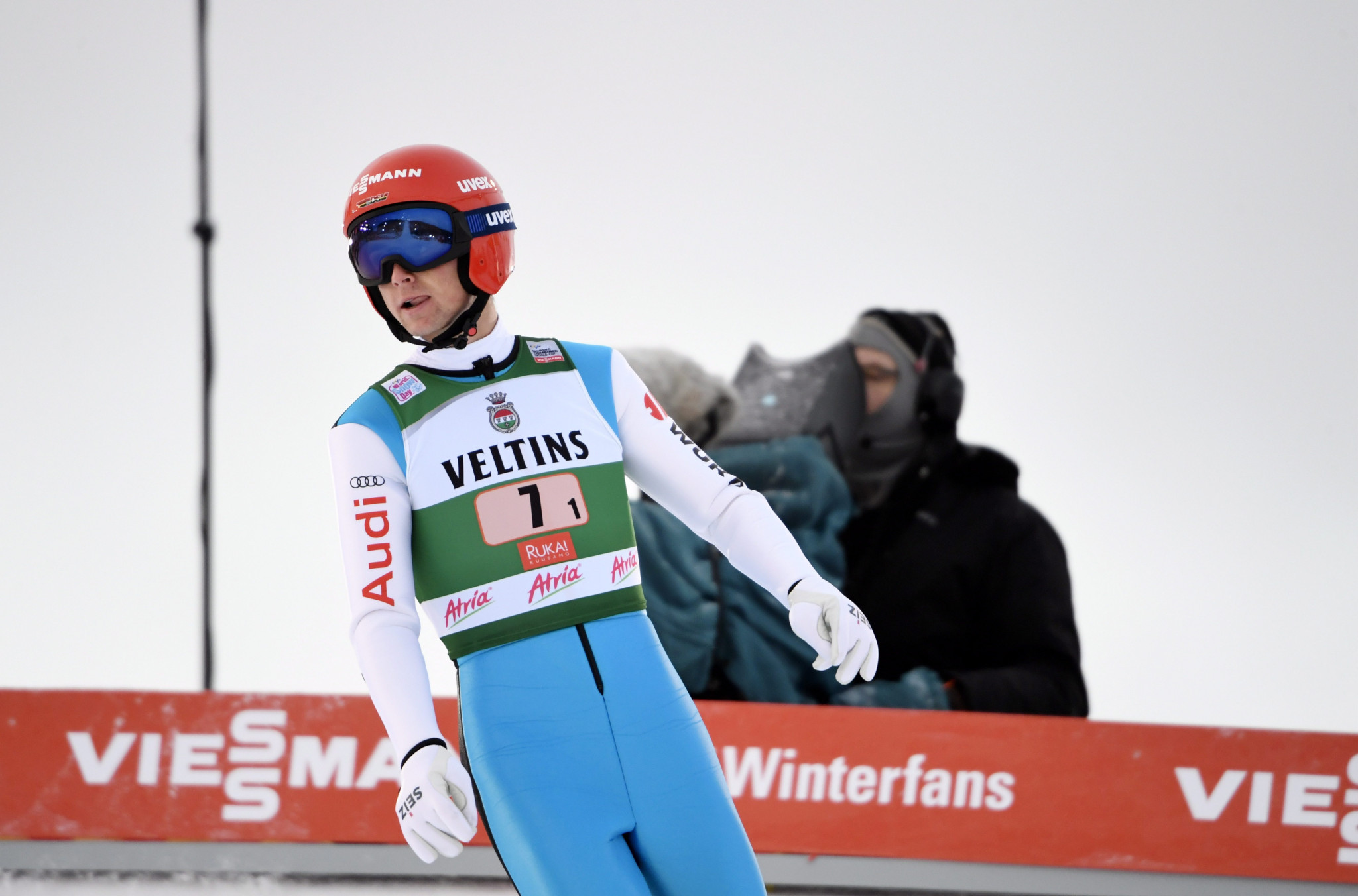 Twenty-one-year-old Geiger, an Olympic gold medallist at Pyeongchang 2018 in the team event, pushed his more illustrious team-mate Johannes Rydzek into second at the Italian resort.

Rydzek, a double Olympic and six time world champion, won the opening World Cup leg in Val di Fiemme on Friday (January 11) but had to make do with silver this time.

It came in a race which did not feature Norway's current World Cup leader Jarl Magnus Riiber, who has won six of the 10 World Cup stops held this season.

Austria's Franz-Josef Rehrl kept up his good jumping form as he topped the standings after the first discipline, leaping out to 128.5 metres for 143.1 points.

Geiger was fourth best on the hill, registering 133.9 points for his effort of 124.5m which meant he started the 10 kilometre cross-country 37 seconds behind the leader.

He was able to make his way to the front and he held of Rydzek, who climbed from sixth after the jumping, to win in 26min 34.0sec.

He ended 40.6sec behind Geiger, however, as the German pair moved away.

Rehrl could not maintain a podium place as he slipped to fourth overall.

Riiber still maintains a healthy lead in the World Cup rankings despite his absence, as he boasts 730 points.

Rydzek sits second with 581 with Watabe now third on 462.

The World Cup season will now resume in Chaux-Neuve in France from January 18.

Three events will be held within three days as part of the Nordic Combined Triple, which is traditionally held in Seefeld.

The Austrian resort is not hosting this year as it prepares to stage the Nordic World Championships next month.