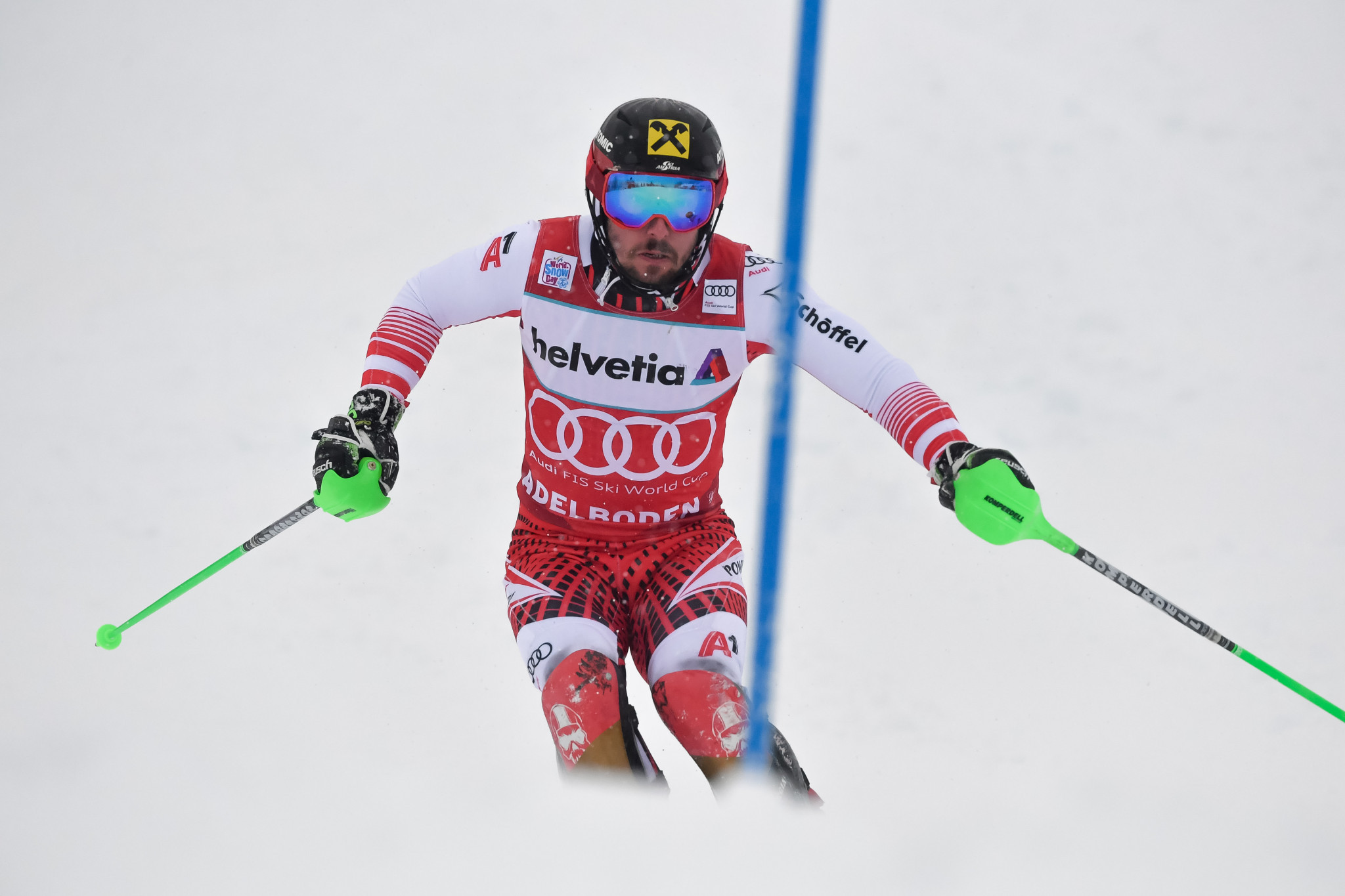 The Austrian triumphed in yesterday's giant slalom competition and was the clear favourite for today's slalom event.

As with the giant slalom, Hirscher did not lead the standings after the first run at the Swiss venue.

The World Cup leader replicated his second run rise to the top of the podium from yesterday as he clocked 53.08.

France's Clement Noel also moved up the standings as he finished as the runner-up in a time of 1:47.87.

The podium was completed by Kristoffersen on 1:48.08.

Having led at the halfway mark, Schwarz missed a gate on the second run and failed to finish.

Hirscher's victory saw the Austrian move to a total of 436 points in the World Cup slalom standings.

His nearest challenger is Switzerland's Daniel Yule, who trails on 278.

Back-to-back wins have seen Hirscher stretch his lead in the overall World Cup to more than 400 points as the double Olympic champion chases an eighth seasonal title in a row.

He has a tally of 976 with Kristoffersen lying in second place on 571.

St Anton in Austria had been scheduled to host a women's FIS Alpine Skiing World Cup event this weekend but it was cancelled due to heavy snowfall.

The downhill race has been re-scheduled in Cortina d'Ampezzo, which along with Milan is bidding to host the 2026 Winter Olympic and Paralympic Games, on January 18.

The FIS has said that information about the possible replacement of the super-G race will be communicated as soon as it is available.

The next men's World Cup event is due to take place at Wengen in Switzerland on Tuesday (January 15), while a women's competition is set to be begin at Kronplatz in Italy on the same day.