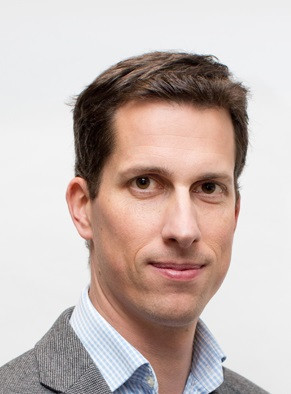 The visit of Japanese Prime Minister Shinzō Abe to the UK this week signals another important step in the thriving relationship between our two countries.

There are numerous areas in which the UK and Japan work closely together, and sport is high up on that list. That is not surprising when you look the recent history and immediate future of the Olympics and Paralympics. London of course hosted those spectacular Games in 2012, while Tokyo will host the next Games in 2020. The Rugby World Cup also links us closely. Japan will no doubt stage a fantastic tournament later this year, the first time it has been held in Asia, following England successfully hosting the most recent competition in 2015.

Several years before the London Games were held, UK Sport and the Japan Sports Council established a Memorandum of understanding pledging to work together across a number of areas. It has proved to be one of the most enduring and mutually-beneficial relationships that the UK has across international sport. It has been a genuinely two-way experience, with British sport learning much from its counterparts in Japan, with our athletics, swimming, curling and Judo teams benefitting from time in the country over recent years.

This partnership has also bought about a significant exchange of ideas on good governance and integrity in sport - with colleagues from the Japan Sport Council attending the high-profile International Partnership Against Corruption in Sport event in London last month. It has also been the catalyst for numerous Paralympic sport exchanges, in the lead up to Tokyo 2020.

One of the areas that Japan has been most interested in is the legacy of London 2012 as they look to create their own lasting impact from Tokyo 2020. And it is fair to say that the UK’s major event hosting capability has been one of the most successful legacies of London 2012 to date.

Through hosting London 2012, the UK invested in some incredible new assets that we felt would provide a lasting competitive advantage on the world stage. Most obvious of these was perhaps the construction of new stadia to stage the Games, and the development of world-class expertise to deliver them. But the Games also left the UK with some other assets which, whilst perhaps less tangible, have proved incredibly powerful in driving a major events legacy. These include an array of medal-winning athletes across a wide range of sports, and the creation of a new generation of "big-eventers" that turn out (in their millions!) to support the global events that now come to these shores.

To build on this momentum, UK Sport launched an ambitious event-hosting strategy in 2010, with the aim of using these new assets to firmly establish the UK as a world-leading host of major international sporting events.

These are events that have generated hundreds of millions of pounds of economic impact to towns and cities across the UK, whilst continuing to connect the public with elite sporting success. Boosted by this success, UK Sport recently announced ambitious new plans to consolidate the country’s status as a world-leading host of major sporting events by releasing a list of potential hosting targets into the 2030s.

The hosting of global sporting events such as these has, arguably, never been more important to our country. It’s no secret that the UK is currently going through a period of significant change, where longstanding notions of identity are being re-examined, and where its position in the world is being re-defined. In such times we need to strengthen our international relationships, and protect and enhance the things that bring the UK closer to its partners around the world.

Our ability to host some of the world’s most incredible sporting moments is a huge asset in our efforts to position the UK positively on the world stage as a welcoming, active and global nation.

We recognise that we have a lot to share with our friends from Japan in this area and we we’ve been delighted that representatives from the country have been able to join us on observer programmes at a number of our events to learn from our experiences. Japan has all the ingredients to ensure that their own events are hugely successful, and they can be sure that their friends in the UK will be supporting them every step of the way.