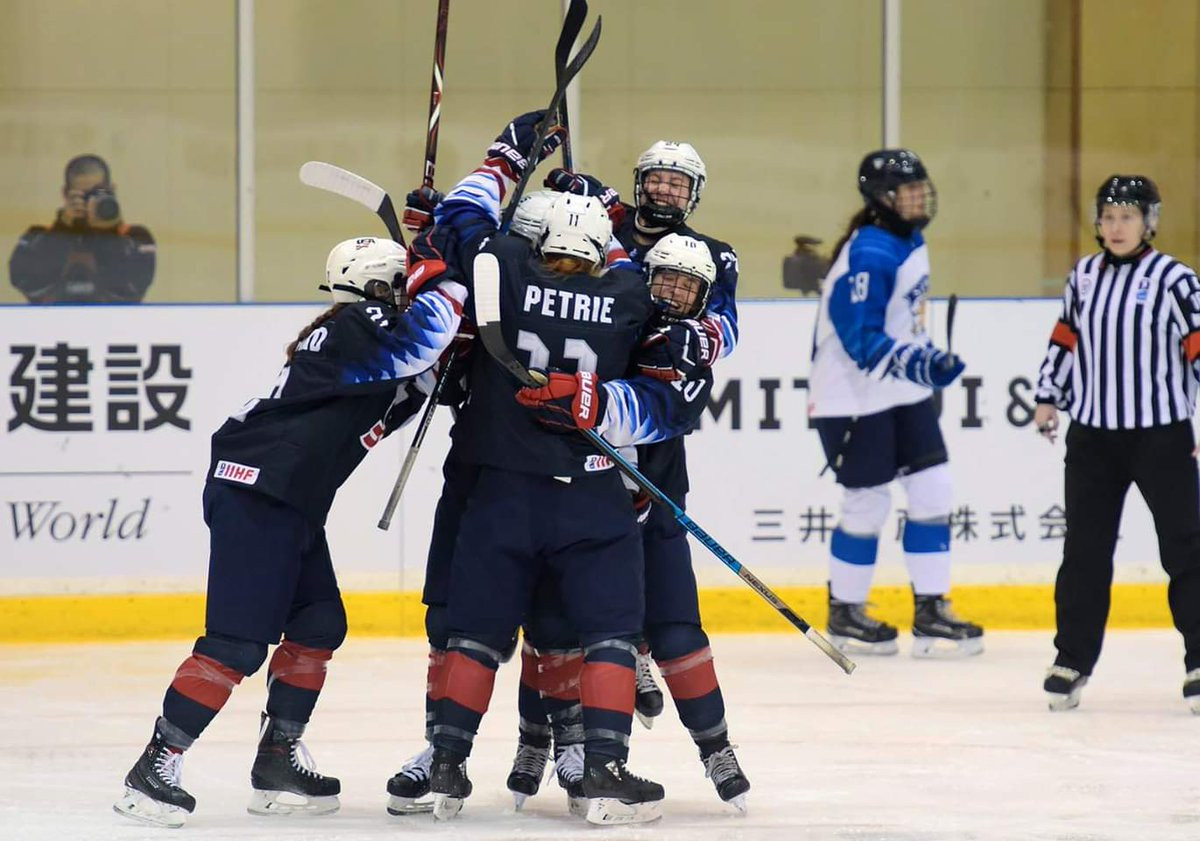 Two contrasting semi-finals have seen defending champions the United States and Canada into the gold medal match at the International Ice Hockey Federation Under-18 Women’s World Championship in Obihiro.

Having each advanced directly into the semi-finals from the group stage, the US eased into the final with a 7-1 thrashing of Finland at the Obihiro Arena in Japan, while Canada needed overtime to see off Russia 4-3.

Six players shared the goals for the US, with Katy Knoll scoring two to move second in the tournament’s top scorers’ standings.

"We just focused on today," she said.

"We can’t worry about anything else.

"We had to come out hard because we knew Finland would come out with a good push.

"This is their chance to get a medal, and they’ve had an excellent tournament.

"But we had a four goal first period and that’s exactly what we wanted."

The scoring started less than three minutes in when Hannah Bilka set up Knoll for her first, and then three minutes later Knoll returned the favour for Bilka.

Two minutes later Abbey Murphy made it three and it became four late in the period when captain Dominique Petrie knocked in a loose puck.

The seventh came from Makenna Webster before the Finns got a consolation goal through Julia Liikala.

Canada’s match in contrast was much closer.

Russia opened the scoring in the first power play through Anna Savonina, before Canada equalised through Nicole Kelly.

They then took the lead in the second period when a shot from Alexie Guay made it through a maze of players into the net, but then a sensational solo effort from Ilona Markova for Russia made it 2-2.

In the final minute of the period Canada took the lead again through Julia Gosling, but Russia again would not lie down and found another equaliser through Yelena Provorova.

Neither side were able to find a winner in normal time, but the deadline was finally broken 44 seconds into overtime when Danielle Serdachny scored in a powerplay to seal a 4-3 win for Canada.

In the day’s other games Sweden beat Switzerland 2-1 to secure fifth place, while Japan beat the Czech Republic by the same scoreline in their second relegation tie.