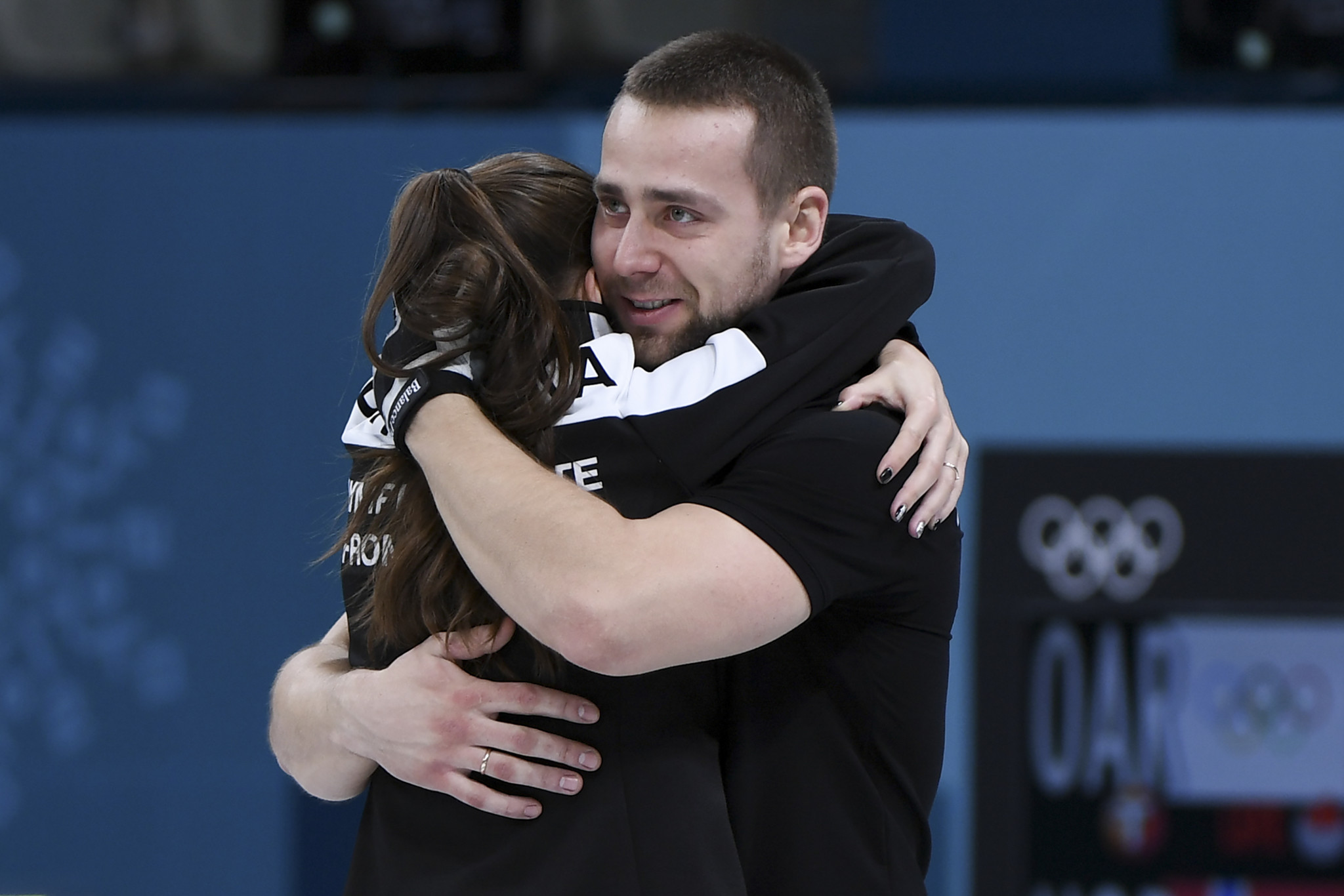 Russian curler Aleksandr Krushelnitckii has withdrawn his appeal against the Court of Arbitration for Sport's (CAS) decision to ban him for four-years following his positive test at the 2018 Winter Olympics in Pyeongchang.

Krushelnitckii now appears set to serve the ban handed to him by CAS last month.

The Russian and his wife Anastasia Bryzgalova were stripped of their Olympic mixed doubles bronze medals as a result of the positive test for heart attack drug meldonium at the Games.

The duo, part of the neutral Olympic Athletes from Russia (OAR) delegation at Pyeongchang 2018, lost their medal after an appeal to the CAS was dropped.

It was believed that the case was dropped as part of a deal for Russia to march under their own flag at the Closing Ceremony.

World Curling had passed a motion to allow the CAS Anti-Doping Division at the Games to determine further disciplinary sanctions.

The CAS then banned him for four years.

An appeal was lodged to CAS on December 25, according to the curler’s agent Andrei Mitkov.

This appeal has now been withdrawn.

"Despite the request for free legal assistance submitted to ICAS no later than Friday, January 11, it is necessary to pay a fee of 1 thousand Swiss francs," Mitkov told the official Russian state news agency TASS.

"In this case, the case will be opened, otherwise no.

"There is no money, we cannot yet find it ourselves.

"If some caring person can help Alexander financially in his desire to get to the bottom of the truth, we will be grateful."

Krushelnickii’s ban is backdated to February 12 last year, the date where he accepted his provisional suspension, and he will not be free to return to the sport until 2022.

He appears set to miss the 2022 Winter Olympic Games in Beijing, due to get underway on February 4 and conclude on February 20.

When the positive test initially emerged, there were claims an unidentified person may have spiked Krushelnitckii’s samples.

The bronze medals stripped from the Russian pair following the failed test were awarded to Norway's Kristin Skaslien and Magnus Nedregotten, who they had beaten in a playoff.

Krushelnitckii was one of two athletes representing the OAR team to fail drugs tests at Pyeongchang 2018.