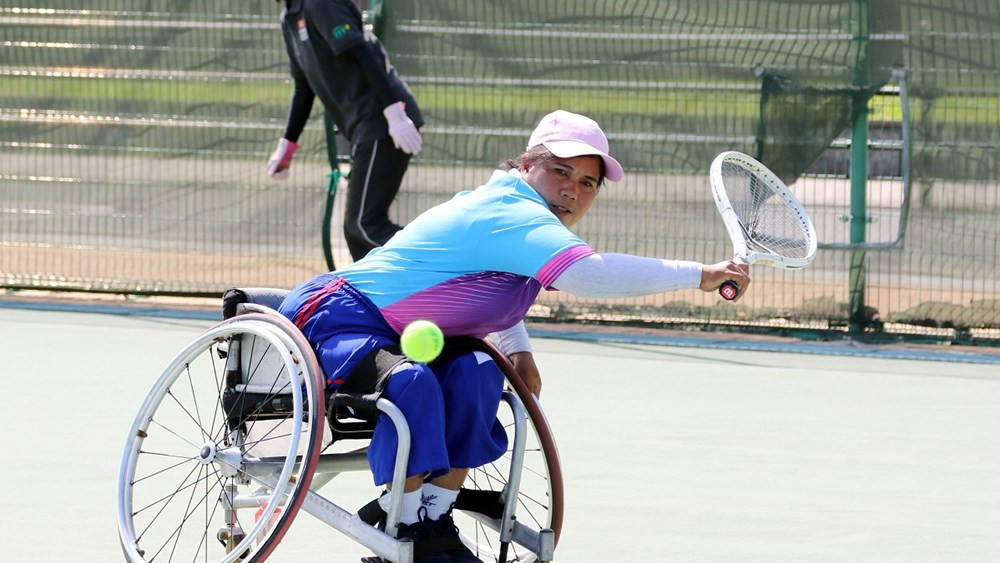 She now goes on to play sixth seed Marjolein Buis for a place in the semi-finals after the Dutchwoman made a winning start to 2019 and extended her unbeaten record against China’s Zhu Zhenzhen to three matches, prevailing 7-5, 6-3.

Former world number six Khanthasit has a much longer history of beating top-10 opponents than Huang and the Thai number one prolonged that record after defeating world number 10 and eighth seed Manami Tanaka of Japan 6-2, 6-2.

Next up for her is top seed Yui Kamiji, who opened her bid for another International Tennis Federation Super Series title in Australia by overcoming her 18-year-old compatriot Shiori Funamizu 6-1, 6-0.

Having won the first three of her nine career matches against Kamiji between 2010 and 2014, Khanthasit is without a win against the Japanese star in their last six encounters.

He goes through to play second-seeded Argentinean Gustavo Fernández, who began the new season by ending the last remaining Australian challenge in the men’s singles with a 6-1, 6-3 win over Ben Weekes.

Men’s doubles pairing Stéphane Houdet and Nicolas Peifer of France will meet for the first time this season in singles competition after the former booked his place in the last eight by beating The Netherlands’ Tom Egberink 6-2, 7-6 and the latter eased past Japan’s Satoshi Saida in a 6-2, 6-3 success.

After ending last year as NEC Masters champion for the third time, world number four Joachim Gérard of Belgium powered to a 6-0, 6-3 win over Spain’s Martin de la Puente to set up a meeting with Great Britain’s Gordon Reid in the last eight.

World number seven Reid, the Super Series champion in Australia in 2014, posted the only 6-0, 6-0 victory of the day as he got the better of Bendigo local Greg Britten.

Sugeno denied local fans an all-Australian semi-final by defeating Heath Davidson 6-4, 6-2 and will now play Alcott for a place in the final.