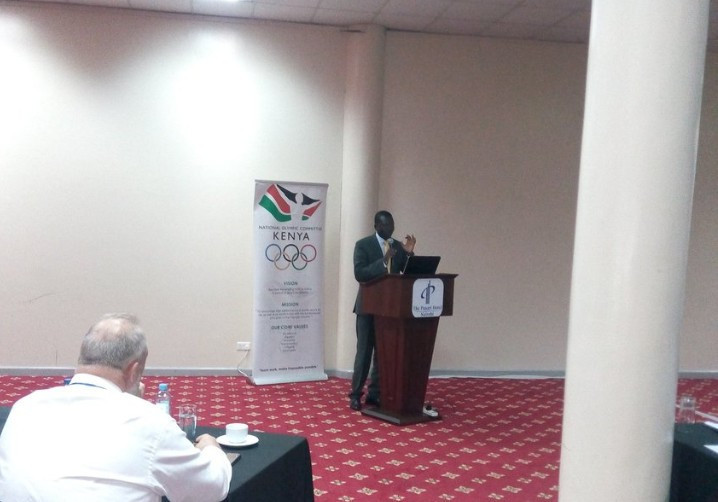 It is hoped the funds will boost teams' chances of qualifying for the Olympic Games with federations previously having to rely on Government support to participate.

The approval came after Kenya's under-23 football team reportedly struggled to participate in the first round of their Africa Under-23 Cup of Nations qualifier against Mauritius.

The tournament is the first stage of the qualification process for Tokyo 2020.

The latest funding looks set to aid the team for their next qualifying game against Sudan.

"We are keen to have as many teams as possible to qualify and also increase our chances of winning many medals."

The NOCK are currently rebuilding the organisation which has been plagued by a corruption scandal that emerged at the Rio 2016 Olympic Games.

Detectives have long been seeking to establish whether there is evidence that they either misused or stole money allocated to the Kenyan team that travelled to Brazil.

A significant restructuring is planned for this year which will see four new positions created in the areas of finance, administration, projects and communications.

The new management team will run NOCK's affairs on a daily basis, while the Executive Committee will engage "predominantly with Board matters".

The organisation's accounts were due to be approved at their Annual General Assembly, but their treasurer stated affiliates had asked for more time to assess them and raise any issues they find.

NOCK President Paul Tergat has claimed he is proud of the work which has been undertaken since his election.

He stated the ambition was to build an organisation which had athletes' interests at its heart.

"I am happy with what we have done so far and now we are in the stage of rebranding the association so that once again we can attract sponsors and bring on board stakeholders who will support our work," he said.

"We are determined to build a vibrant association which has the interest of athletes at its core and to do this, we need the support of each and everyone."