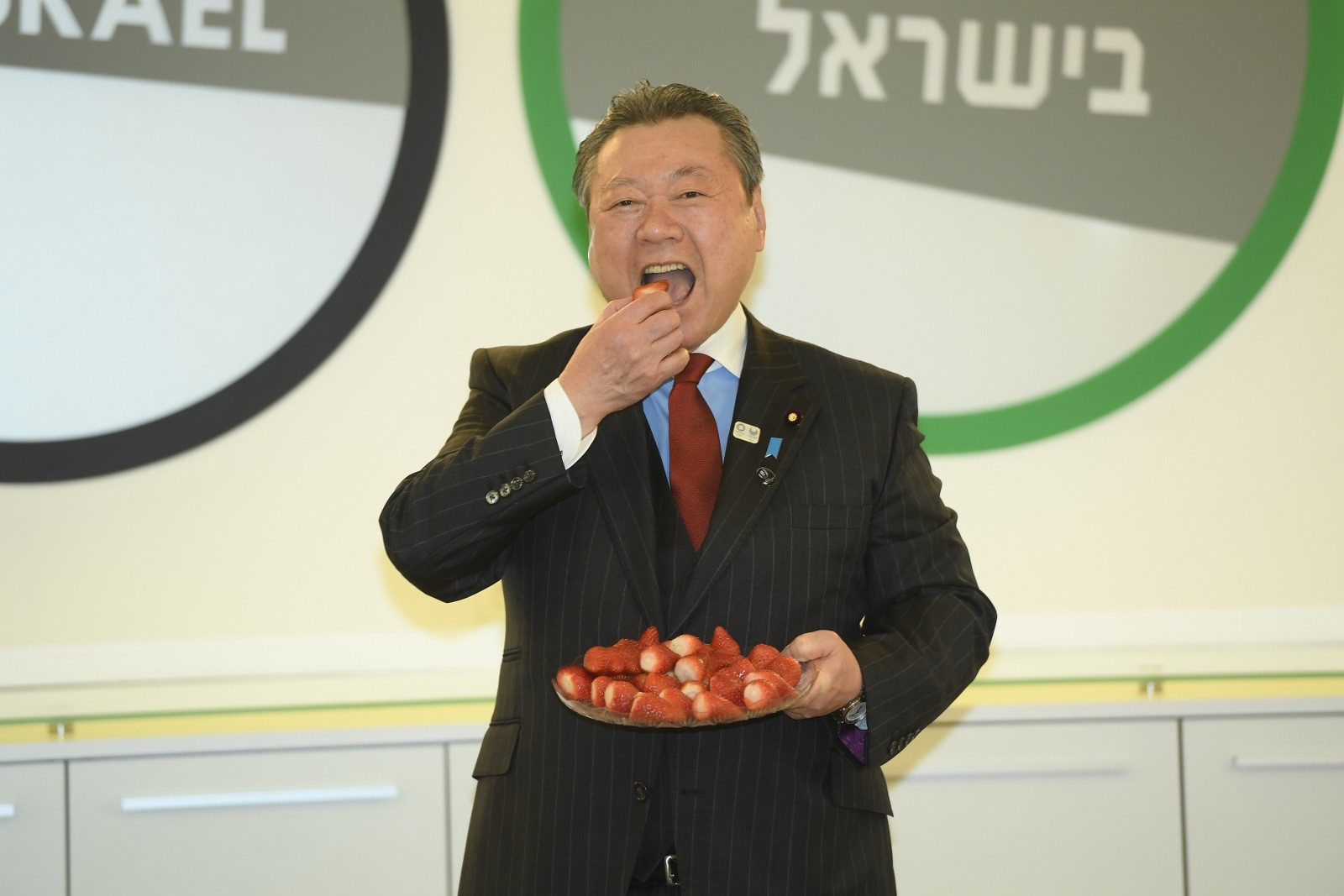 The Minister in charge of the Tokyo 2020 Olympic and Paralympic Games, Yoshitaka Sakurada, has visited the headquarters of the Olympic Committee of Israel (OCI) in Tel Aviv.

Israel is the first country Sakurada has visited since he was appointed to the position of Minister around three months ago.

"We visited Japan a month-and-a-half ago and we were very impressed by the meticulous preparations," Carmi said.

"We are confident that the Olympic Games in Tokyo in the summer of 2020 will be the best ever.

"We were very impressed by the special enthusiasm of the people who worked there."

Sakurada added: "The Japanese people has great respect for the Jewish people, not only in Israel but also all over the world, and Israel is the place I most wanted to visit.

"We enjoy an exceptional co-operation with the Olympic and the Paralympic Committees of Israel.

"We are 18 months before the Games and I assure you that we will do our utmost for the security of the Israeli delegations and the success of the Games."

In its preliminary research on Sakurada, the OCI discovered that one of his main hobbies was eating strawberries.

Beyond the official ceremony, Carmi surprised Sakurada and the Japanese delegation with a plate full of fresh strawberries, which were picked straight from the field earlier the same day.

After tasting the strawberries, Sakurada said: "These are the best strawberries we have eaten."

In November, Sakurada provoked astonishment by admitting he has never used a computer in his professional life, and appearing confused by the concept of a USB drive.

As well as being the Minister in charge of Tokyo 2020, the 69-year-old is also the deputy chief of the Government's cyber-security strategy office.

Sakurada was appointed in a cabinet re-shuffle following Prime Minister Shinzō Abe's re-election as head of his political party.