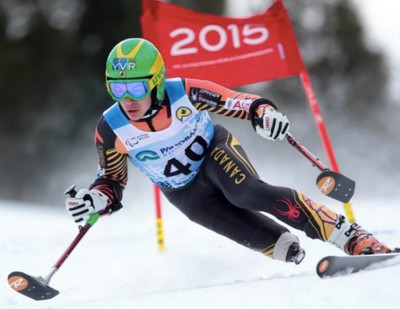 The Canadian Paralympic Committee have named five winter Para-athletes that are expected to star in their respective World Championships this year.

Braydon Luscombe, Collinda Joseph, Derek Zaplotinsky, Sandrine Hamel and Antoine Lehoux have been named as those expected to shine during the upcoming year.

Luscome is a Para-Alpine skier who has competed at three Winter Paralympics.

Joseph will make her debut appearance for Canada at this year's World Wheelchair Curling Championship following her performance during the first half of the 2018-2019 season.

The competition is taking place from March 3 to 10 in the Scottish city of Stirling and Joseph will be hoping to help Canada win their first World Championships medal since 2013.

Para-Nordic skier Zaplotinsky had two top ten finishes at the 2018 Pyeongchang Winter Paralympics in the biathlon sprint and the 15 kilometre cross-country sitting.

He will be competing at the World Para Nordic Championships from February 15 to 24 in Prince George, British Columbia.

Hamel finished fifth in both the snowboard cross and banked slalom at the 2018 Paralympics, and will look for a repeat performance at the World Para Snowboard Championships in Pyha, Finland, from March 26 to 31.

Lehoux will be fighting for a place in the Canadian national team at the Para Ice Hockey World Championships, taking place in Slovakia from March 31 to April 6.

He narrowly failed to make the team that won silver at the 2018 Paralympics, but received a high amount of playing time at the Canadian Tire Para Hockey Cup, boosting his chances of making the World Championships.