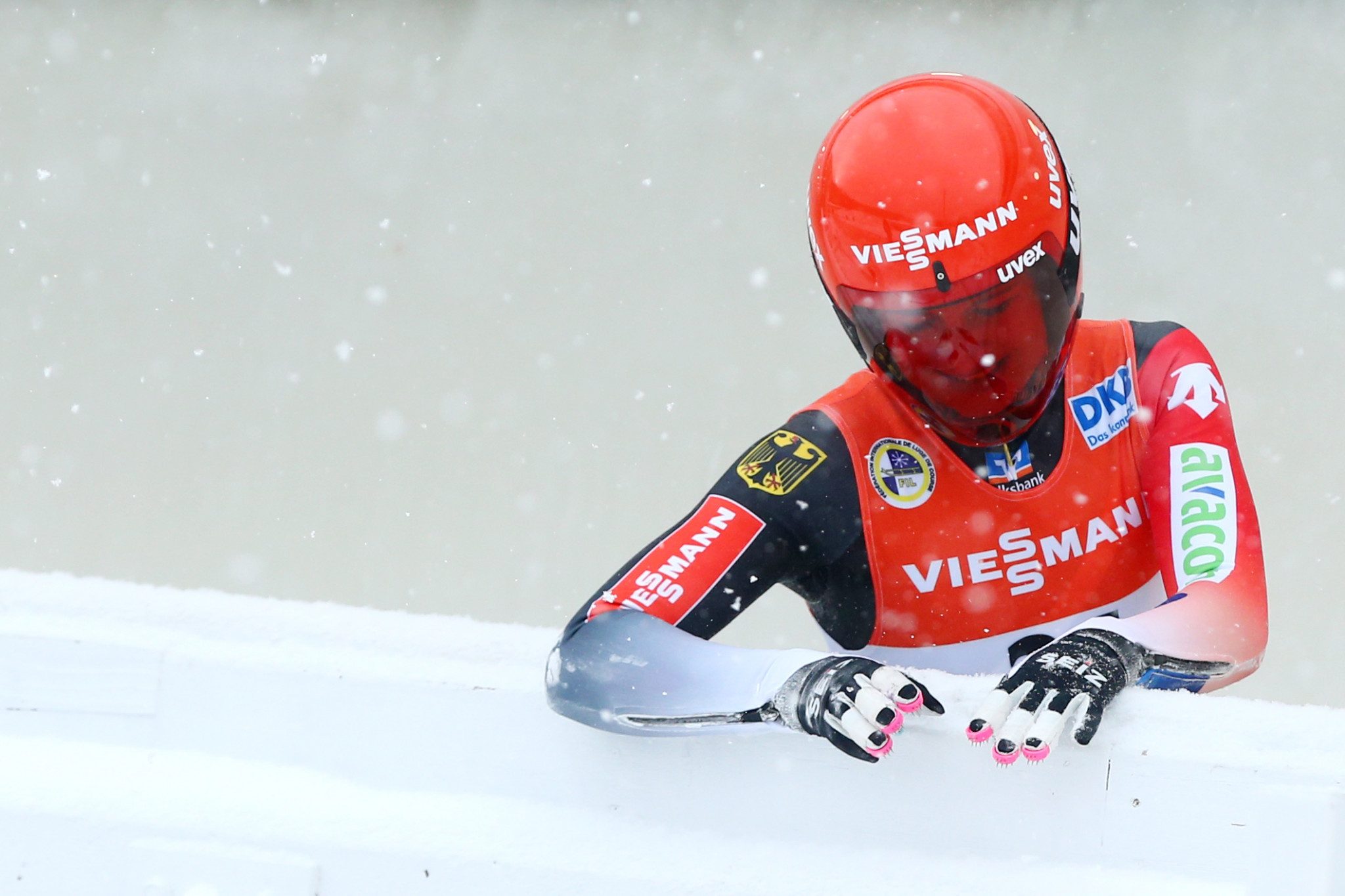 The German finished sixth in the first run of the women's competition on the oldest track in the world, which is marking its 50th anniversary this weekend.

Taubitz improved in snowy conditions on the second run, which saw her rise to the top of the standings on home ice with an overall time of 1min 44.971sec.

The 22-year-old, who previously earned World Cup victory in Calgary, finished in front of the United States' Summer Britcher.

She now narrowly leads, with Taubitz just behind on 595 points.

"I thought I could get a podium place, but never a victory," said Taubitz.

"I'm not as happy as when I won my first race in Canada.

"In Calgary it was a completely fair race.

"I had a bit of luck here because the track was swept twice just before my start.

"Natalie was unlucky as the track wasn't swept.

"I have to admit, without the snow I wouldn’t have won here."

There was further German success in the doubles competition, with Toni Eggert and Sascha Benecken emerging as the winners in a time of 1:41.851.

They were followed by fellow Germans Tobias Wendl and Tobias Arlt, the back-to-back OIympic champions who ended as the runners-up in 1:42.157.

Austria's Thomas Steu and Lorenz Koller completed the podium in 1:42.683.