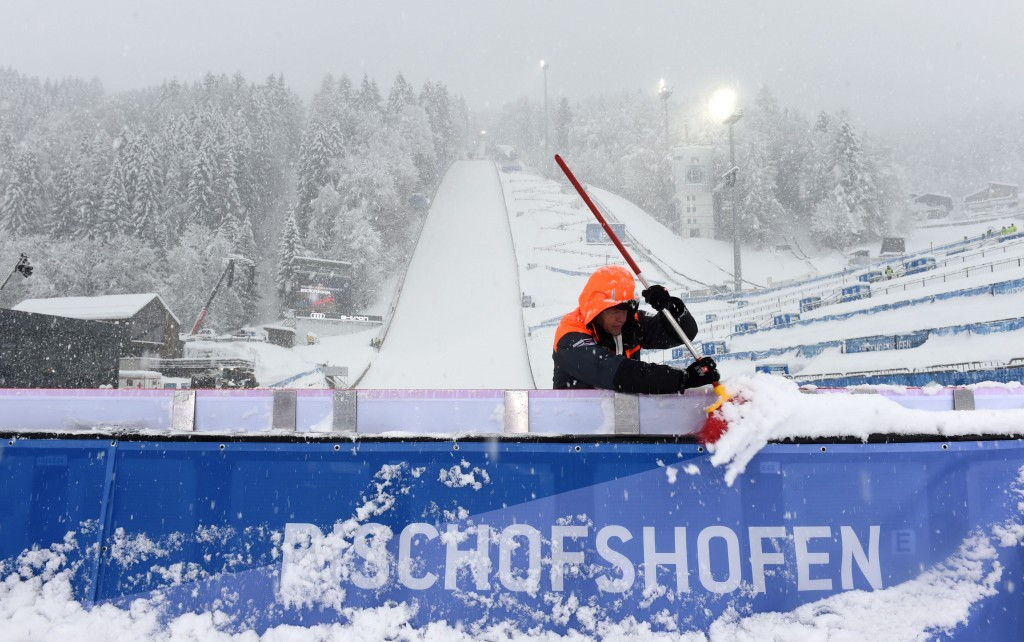 Qualification action at the final leg of ski jumping's Four Hills Tournament was postponed today due to heavy snow and poor visibility in Bischofshofen.

Organisers battled against the weather and consistently pushed back the start-times of the planned official training and qualification round.

An announcement at around 3pm local time confirmed that no action would be possible, however.

It means a bumper day of action for jumpers tomorrow, weather permitting, as the prestigious Four Hills reaches its conclusion.

Training will take place at 1.30pm before qualification at 2.30pm.

The competition will then be at 5pm but the Four Hills knock-out format, where 25 pairs compete against each other, will not be used.

Japan's Ryoyu Kobayashi has won all three legs of the Four Hills Tournament so far.

He has celebrated success at the German stages in Oberstdorf and Garmisch-Partenkirchen and won in Austrian city Innsbruck yesterday.

If he was to add a second Austrian win in Bischofshofen, he would become just the third man in history to win all four stages.

He has a total of 815.9 points in the Four Hills rankings with closest challenger Markus Eisenbichler of Germany on 770.4.