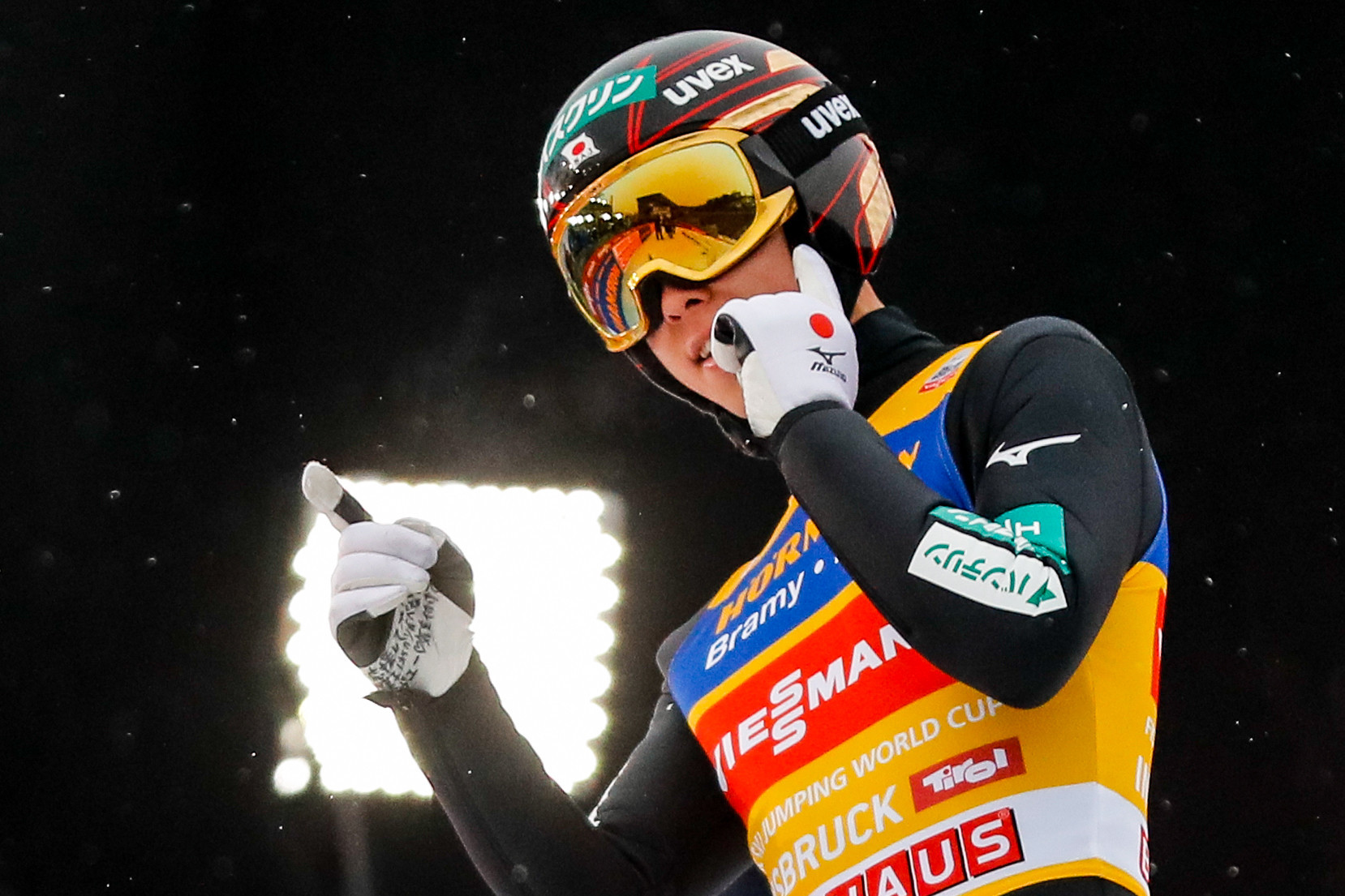 Japan's Ryoyu Kobayashi clinched victory in Innsbruck to move to the brink of achieving a clean sweep at ski jumping's Four Hills Tournament.

Kobayashi had already celebrated success at the German stages in Oberstdorf and Garmisch-Partenkirchen, before topping qualification in Innsbruck yesterday.

The Japanese jumper would top the standings again in the Austrian city today.

He achieved jumps of 136.5 and 131 metres in the two competition rounds, which saw him finish with a tally of 267 points.

Austria's Stefan Kraft finished as the runner-up, following jumps of 129.5m and 130.5m.

The efforts left Kraft with 254.2 points.

Attention will now turn to Bischofshofen, which will host the concluding event of the Four Hills Tournament.

Should he emerge as the winner, Kobayashi would become only the third man in history to win all four stages.

Sven Hannawald was the first to achieve the feat, with the German bagging the clean sweep in 2002.

On 15 occasions previously, a jumper has won the first three events but missed out on achieving the clean sweep of victories.

Kobayashi looks set to become the first Asian winner of the Four Hills Tournament since Kazuyoshi Funaki, with his countryman having triumphed back in 1998.

All four events also contribute to the World Cup rankings.