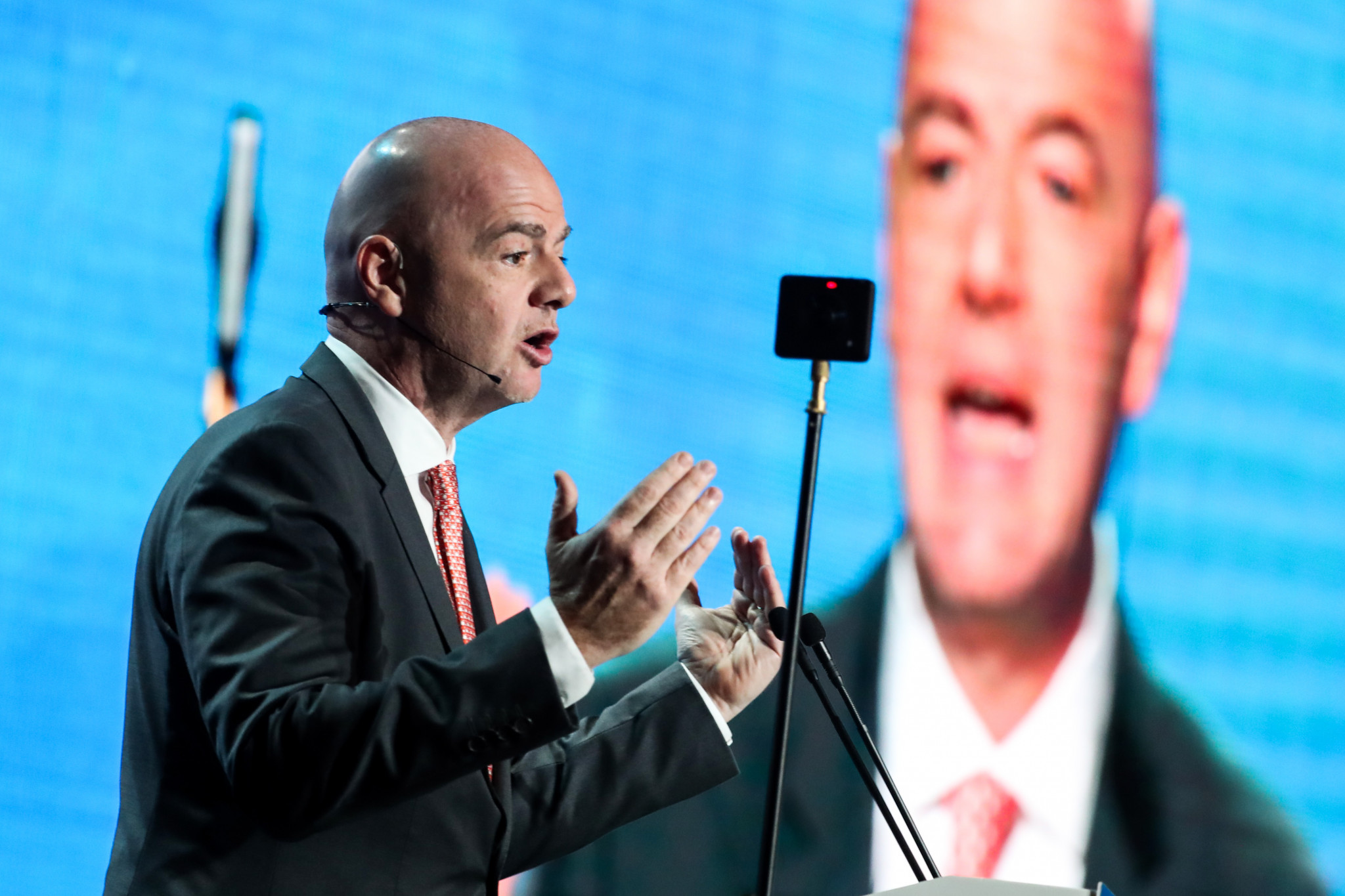 FIFA President Gianni Infantino has hinted yet again that the 2022 World Cup in Qatar will be expanded from 32 to 48 teams.

The leader of football's world governing body has repeatedly stressed that the flagship event could increase in size while suggesting that other countries in the Middle East could host some matches.

He reiterated the views at the Dubai International Sports Conference in the United Arab Emirates with some interpreting his frequent discussion of the issue as a sign that it will eventually be adopted.

Forty-eight teams have already been confirmed for the 2026 World Cup which will be co-hosted in North America by the United States, Canada and Mexico.

"The World Cup will take place in Qatar with 32 teams," Infantino told the conference.

"Obviously, if we can increase it to 48 teams and make the world happy we should try it.

"If you think it's a good thing to have 48 teams in the World Cup, why not try four years before?

"That's why we are analysing whether it's possible to have 48 teams already in 2022.

"If we can accommodate some of the neighbouring countries in the gulf region which are very close by to host a few games in the World Cup this could be very beneficial for the region and the entire world.

"There are tensions in this particular region and it's up to their respective leaders to deal with that but maybe it's easier to talk about a joint football project than more complicated things.

"If it can help all the people in the Gulf and all the countries in the world develop football and bring a positive message to the world about football, then you should give it a try."

Infantino has said that Qatar would be unable to host 48 teams on their own, hence the need for other nations to stage games.

However, a number of countries, including Saudi Arabia, the UAE, Bahrain and Egypt, have severed all diplomatic ties due to Qatar's alleged support for terrorism.

In June, a 48-team World Cup in 2022 was taken off the agenda of the FIFA Congress in Moscow which preceded this year's tournament in Russia.

Infantino revealed FIFA would only proceed with the plan with the support of the host nation.

He also said that the ruling Council, rather than the full Congress consisting of up to 211 Member Federations, would make the final decision on the matter.

Qatar are building eight stadiums for 2022.

Critics have claimed a 48-team tournament is too large and could lead to a lower standard of football, with FIFA accused of being motivated by money.

A 32-team World Cup also provides a neater and easier to understand route of progression throughout the event.