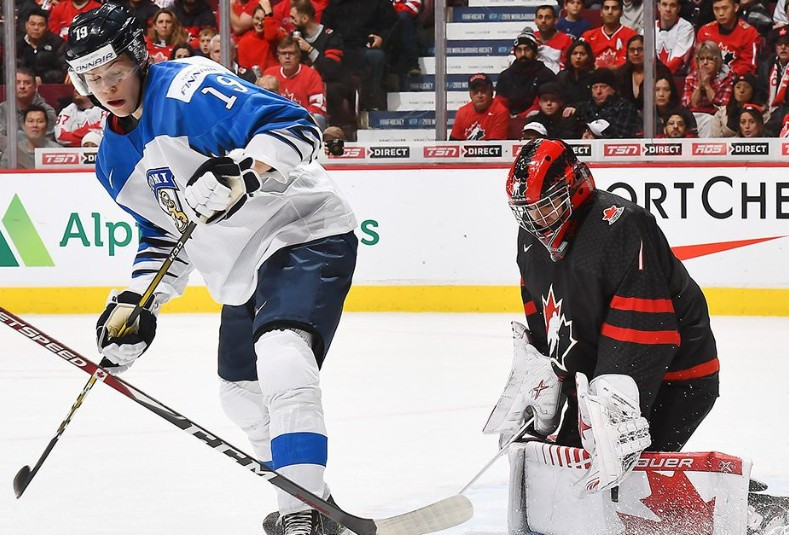 Defending champions and hosts Canada suffered a shock defeat to Finland in the quarter-finals of the International Ice Hockey Federation World Junior Championships, to exit the competition in Vancouver.

With Canada 1-0 up for the majority of the game due to a goal from Ian Mitchell in the second period, Aleksi Heponiemi equalised for Finland 46.4 seconds from time at the Rogers Arena.

Toni Utunen then stunned Canada with a goal in overtime which put Finland 2-1 up and into the semi-finals.

"He played a great game.

"We were nervous going into overtime, but we were confident."

Finland will now play Switzerland in the last four, who also caused a quarter-final upset by beating Sweden 2-0 at the Save-On-Foods Memorial Centre in Victoria.

"We played perfect as a team.

"It's a great experience."

In the other quarter-finals, Russia dominated against Slovakia 8-3 while the United States defeated the Czech Republic 3-1, with the two winning teams now meeting in the next round.

The semi-finals will be played on January 4.

Denmark and Kazakhstan played the first of three games in the battle to survive relegation from the top tier.

Kazakhstan triumphed 4-3, although Denmark managed to score their first goals of the tournament during the game.

The second relegation clash will be played on January 4, with the third, if required, on January 5.