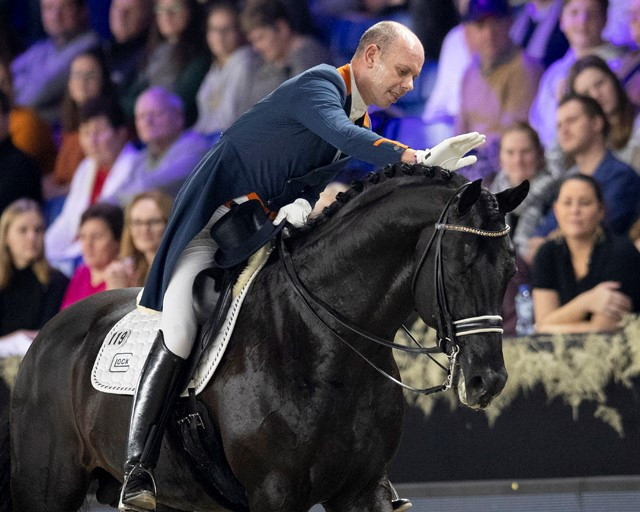 The seventh leg of the International Equestrian Federation (FEI) Dressage World Cup Western European League was won by the 2016 champion Hans Peter Minderhoud of The Netherlands.

Minderhoud won the event at the Nekkerhal Exhibition Centre in the Belgian city of Mechelen on Glock's Dream Boy, a relatively inexperienced horse at ten years old.

The duo scored 83.665 points to resign Germany's Helen Langehanenberg on Damsey FRH to second with 82.880.

Portugal's Maria Caetano finished third on Coroado with a score of 80.160 points.

Minderhoud's victory has moved him up to joint third in the overall World Cup standings alongside Caetono on 59 points.

Germany's Benjamin Werndl and Dorothee Schneider currently share the top spot in the rankings with 65 points.

There are three more qualifying events in the Western European League, with the next competition due to take place in Amsterdam from January 24 to 27.

The World Cup final is set to take place from April 3 to 7 in the Swedish city of Gothenburg, with Minderhoud looking to reclaim the title he won two years ago.