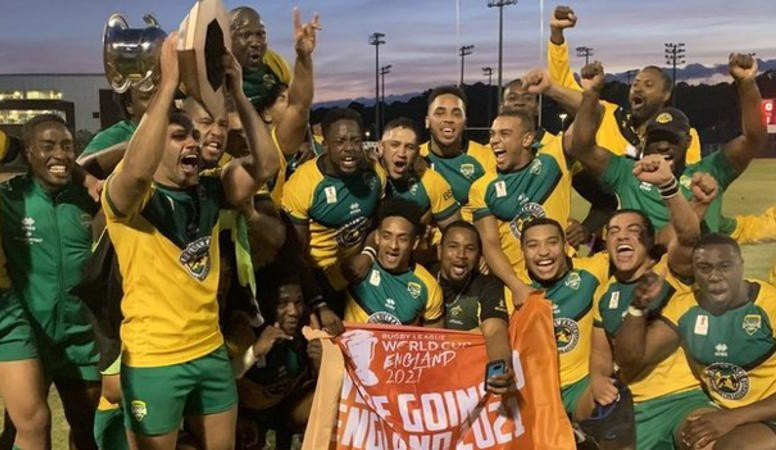 Jamaica’s Sports Minister Olivia Grange has hailed the country’s qualification for the 2021 Rugby League World Cup in England as a "magnificent performance".

The side known as the "Reggae Warriors” made it into the tournament for the first time with a 16-10 win over the United States in Jacksonville, which Grange described as a "wonderful display".

"These have been such wonderful displays by Jamaica in a sport in which we have not been traditionally strong," she said, according to the Jamaica Observer.

"Not just the players, but the coach, the manager and all others around the team deserve our highest regard and as the Minister of Sport it is my great pleasure to convey those sentiments to them as we laud the magnificent performance that has once again created history for Jamaica."

The victory over the US took place last month in the final of the Americas Championship and made Jamaica the 11th side to guarantee their spot at the tournament in 2021.

In his own statement the director of rugby at Jamaica’s Rugby League Association Romeo Monteith welcomed Grange's.

"We thank The Honourable Olivia Grange, Minister of Culture, Gender, Entertainment and Sports for her kind words of acknowledgement towards the team," he said.

Monteith added: "We look forward to engaging with her at some point to see how the growth and future of rugby league can be secured on the island.”

Monteith also acknowledged the role of the Government’s Sports Development Foundation (SDF) in helping grow the sport in the country.

"Most of all, we wish to thank and acknowledge all the players and staff who covered the majority of their expense to this campaign, all of whom, like in all previous occasions they have represented this country, took or asked for no match payments or payments of any form."

Monteith added that they hope the Government can now help establish a special rugby league field with a changing room and clubhouse in Jamaica so the team and children can play safely.

"We have shown that this sport can bring tangible benefits to the nation and we appeal for this basic amenity to secure this sport for generations to come," he said.