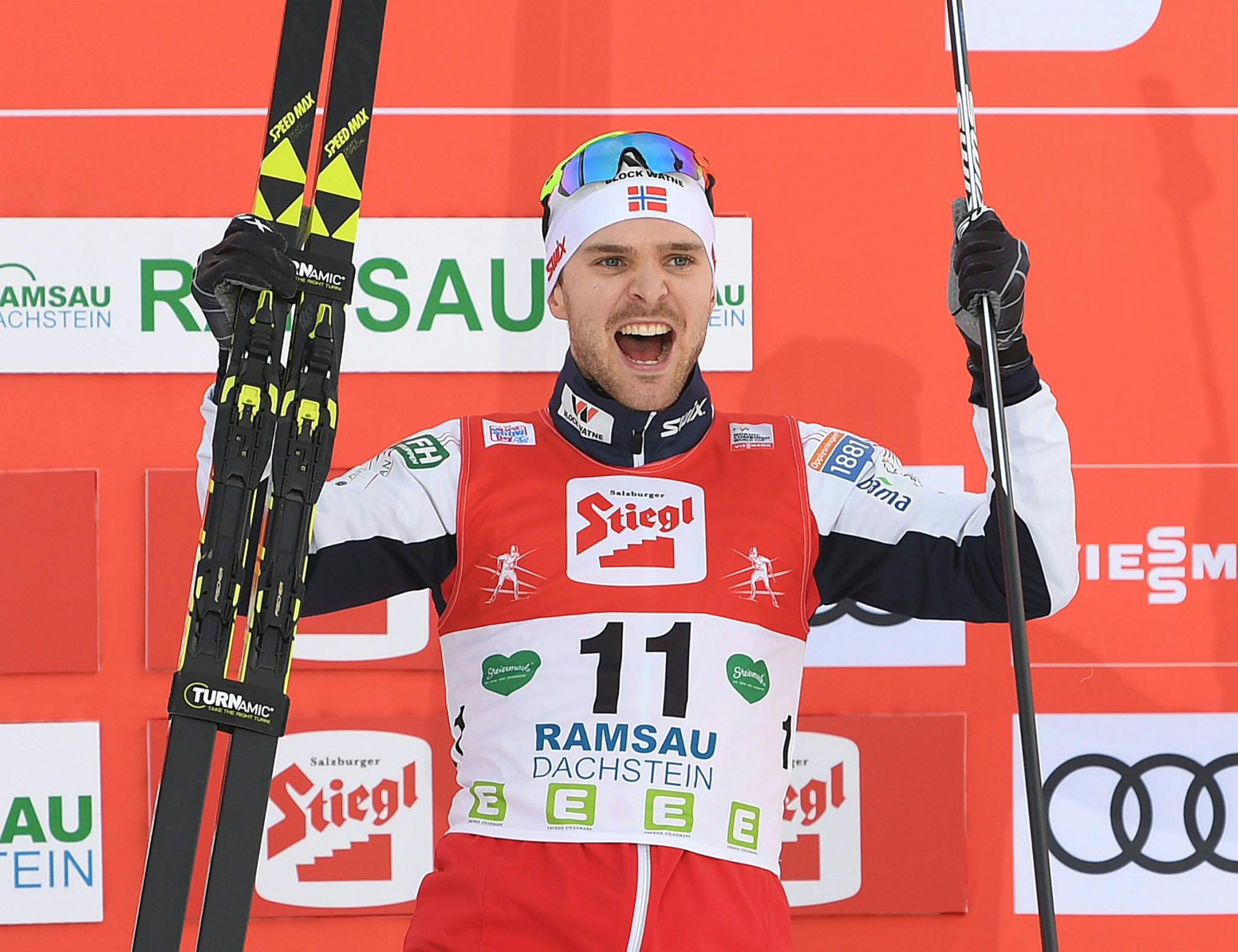 The 27-year-old continued Norway’s run of success by winning a finish line sprint against Fabian Rießle and Johannes Rydzek of Germany by just 0.3 seconds in 23min 58.7sec.

It means his country have now won five successive individual World Cup events for the first time since 1999.

Difficult conditions had been forecast for both qualifying and the competition round in Austria, but as it happened the wind quietened down allowing all the action to go ahead as planned.

Disaster did strike for the overall World Cup leader Jarl Magnus Riiber however, who was initially stopped from jumping when snow fell on the track, only for him to almost crash when he eventually did take his turn.

It meant when the following cross country race began the 21-year-old had no chance of a podium finish and in the end, he did not even start.

Riiber had won the four previous World Cup events in a row.

In his absence Poland's Sczcepan Kupczak won the second jumping round with a leap of 92 metres to score 120.4 points.

When it came to the 10 kilometre cross country race local hero Franz-Josef Rehrl had the lead at one stage on the last lap, but as the race entered the decisive final stage Rydzek and Rießle attacked and only Graabak could match them, eventually surpassing them both to win in a sprint.

The next World Cup will take place in Otepaa in Estonia from January 4 to 6.