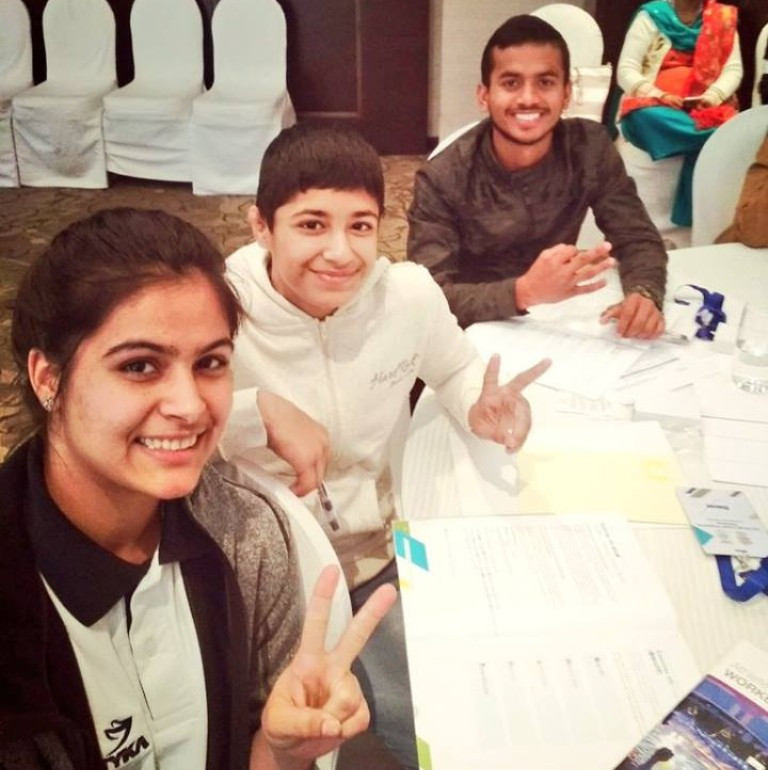 Thirty-two youngsters were in attendance with the event designed to help athletes cope with the challenge of transitioning into another career once they have retired from sport.

The course is part of the International Olympic Committee's (IOC) Athlete Career Programme.

All of the athletes taking part were aged between 16 and 22 and included 16-year-old shooter Manu Bhaker, already a Commonwealth Games and Youth Olympic champion in air pistol.

Vivek Prasad, a Hockey 5s silver medallist at the Youth Olympic Games in Buenos Aires this year, was another to attend.

"The Athlete Career Programme is a well-designed initiative that helps athletes in their journey to be equally successful in both sports and career."

Bhaker added: "Thank you IOC for organising such workshops.

"I am extremely humbled to have met all-time great shooter Anjali Bhagwat."