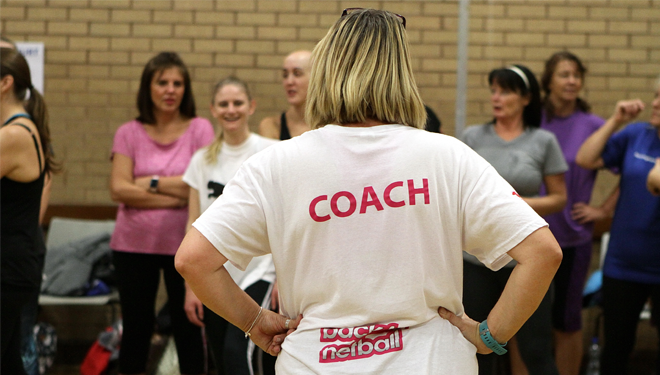 England Netball have released new coaching and officiating strategies following “extensive research and consultation across the netball and sporting landscape".

The governing body claim the "infrastructure" of coaches and officials is “more important than ever” with participation rates growing and international performances exceeding expectations.

It comes after the England team secured an historic Commonwealth Games gold medal in Gold Coast in April.

Both of the new strategies are set to be in place until 2021.

“The launch of the coaching strategy for England Netball is an important and exciting milestone for the sport in a period where we continue to grow the amount of netballers playing regularly across many environments every week,” England Netball’s head of coaching Sian Foley-Corah said.

"I am really proud of where we want to take coaching in netball over the next three years and I look forward to seeing its transformation as we attract new coaches and support our current coaches to be the best they can be.”

On the officiating strategy, head of officiating Gary Burgess said it had been “an absolute pleasure” to help create it.

“The core objectives are Growth, Support and Transparency with these underpinned by the need for us to revolutionise the way we work across the officiating network,” he said.

“This includes the activation of new systems and processes at a national level that will ensure we can continue to grow and develop all members of team white and attract new ones to meet the demand created by our fantastic Commonwealth Games gold medal win.”