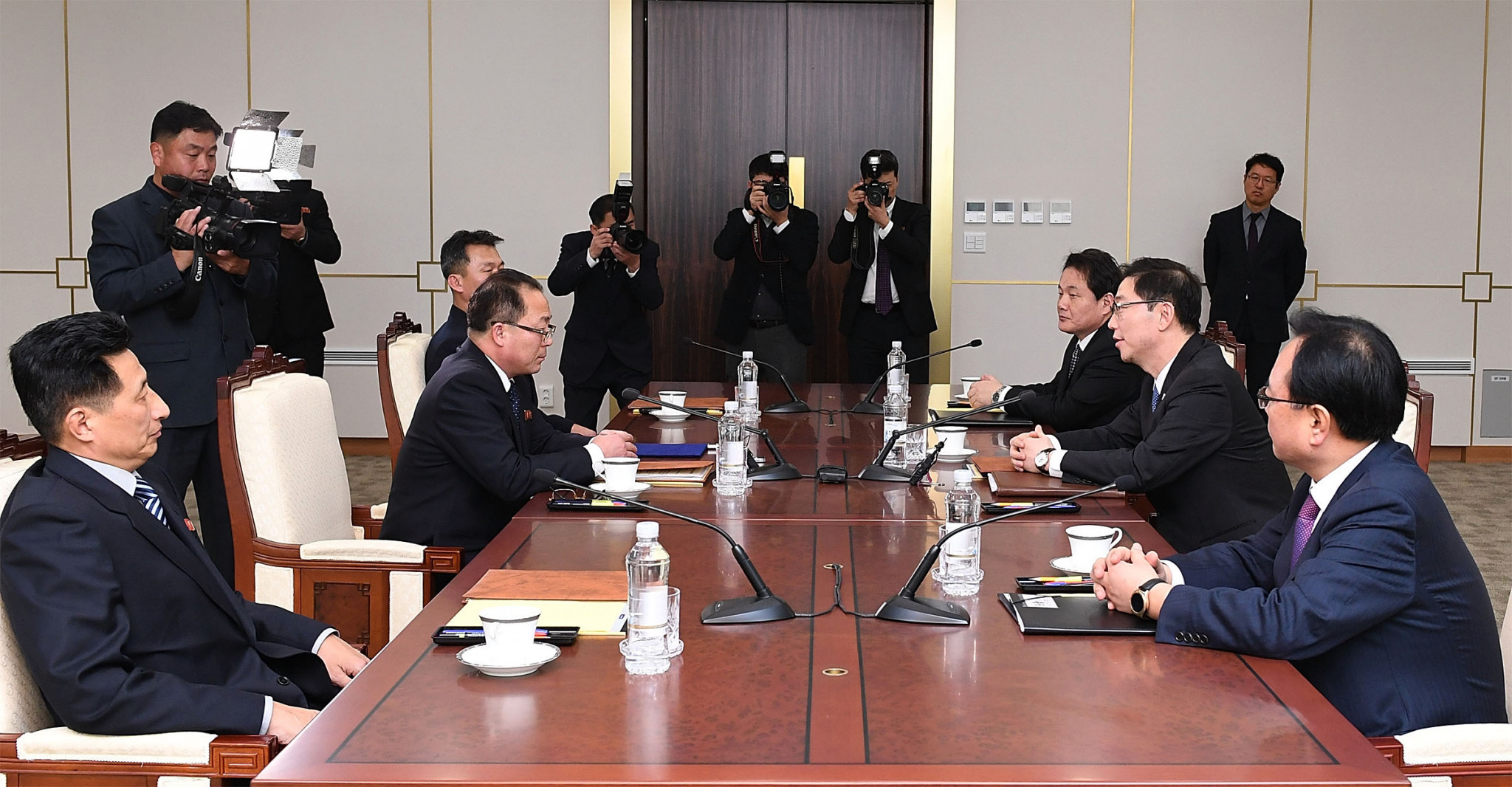 Officials from North and South Korea are set to meet this week to discuss forming joint teams for the Tokyo 2020 Olympic Games.

According to South Korean news agency Yonhap, officials from the two sides are set to meet on Friday (December 14) in the border city of Kaesong.

They will look to organise a joint march for the Opening Ceremony, as well as joint teams in some of the sports on the Tokyo 2020 programme.

It will be the first meeting between sports officials from the two countries since early November.

"Having unified teams and marching in together at the Opening Ceremony are the pressing issues," a South Korean official was quoted as saying by Yonhap.

"We do have precedents with putting teams together, and so we're expected to reach agreements in areas where we don't have major differences.”

The Koreans have already marched together under a joint flag this year, at the Opening Ceremony of the Winter Olympic Games in Pyeongchang.

They also put together a joint women’s ice hockey team at that Games, and have since competed together in basketball, dragon boat racing and rowing at the Asian Games and in table tennis on the International Table Tennis Federation circuit.

For the future they have already agreed to compete together at the Men’s Handball World Championships in Germany in January, but they have not yet decided in which sports they would like to combine their teams for Tokyo.

"I am sure North Korea has its list of sports," the same South Korean official said.

"We have to analyse [the] competitiveness of athletes on both sides and also gather opinions from our athletes."

Once the sports have been decided, it is thought the two countries will then discuss holding joint training sessions in the build up to the Games in 2020.

Last month, the two countries agreed to send a letter to the International Olympic Committee stating their intention to jointly bid for the Summer Olympic and Paralympic Games in 2032.

The bid is seen as a further sign of softened tensions between the nations, which are technically still at war.