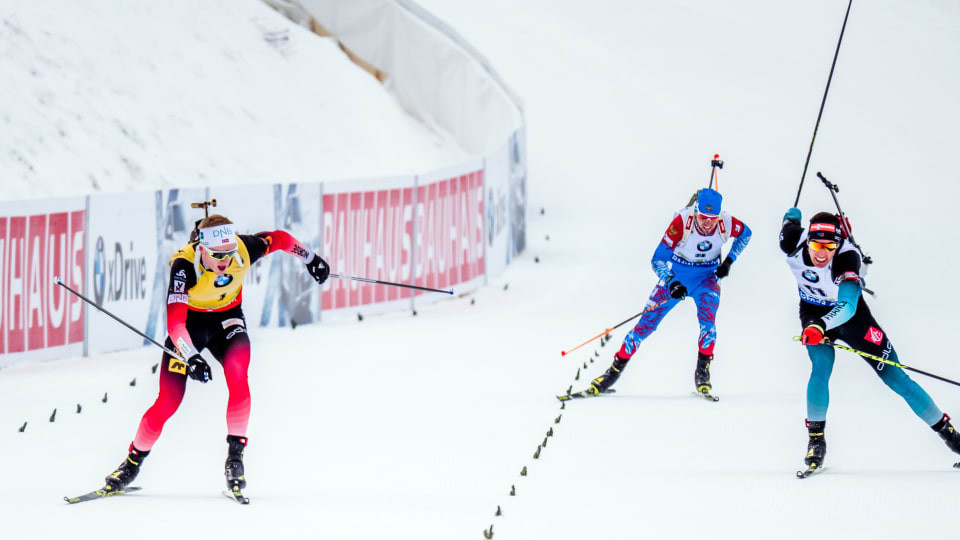 Johannes Thingnes Bø won his second gold in dramatic circumstances as the first International Biathlon Union (IBU) World Cup leg of the season concluded in Pokljuka in Slovenia.

The Norwegian, winner of the sprint event on Friday (December 7), built up a 50-second lead over his rivals in the men’s 12.5 kilometres pursuit before coming to grief on the final shoot.

But, after losing his lead on the last loop, he came back to earn victory on a photo-finish.

Bø's achievements were exactly matched in the women’s competition as sprint winner Kaisa Makarainen of Finland, defending overall champion, followed up by winning the 10km pursuit – an in a far easier fashion than Bø.

His race began to go awry when he missed his last two shots, allowing the chasing pack of Quentin Fillon Maillet of France, Alexander Loginov of Russia and Austria’s Simon Ebel to move back up to him.

Loginov moved into first position as they left the stadium, a stride ahead of Bø, with Fillon Maillet another stride further back.

With 500 metres to go Bø regained a slight lead, but Loginov fought back, with Fillon Maillet just a second behind.

In the final small uphill before the finish, Loginov fell, allowing Bø and his French rival to get away, with the Norwegian winning by the closest of margins in 30min 20.4sec with three penalties

Fillon Maillet, who shot clean, finished 0.10 seconds behind, while Loginov was third, with a single penalty, 1.9 seconds back.

"I had a good race until the last shooting," said Bø.

"Then I invited two others to a sprint finish so it was not what I planned but in biathlon you can only plan until the next shooting.

"With a 50 second lead, I planned to slow down and hit four or five then I would win the race.

"It looked pretty good…then there were two shots left, and I missed them.

"Then I was just hoping the six others would do the same…but usually one two or three of them would shoot clean and so it was today.

"It was nice to go to the line first.

"But I need to get better; I need to train hard to be a better biathlete next week."

Makarainen was unchallenged from starting gate to finish, clocking 26:19.9.

The next leg of the IBU World Cup is due to start in Hochfilzen on Thursday (December 13).