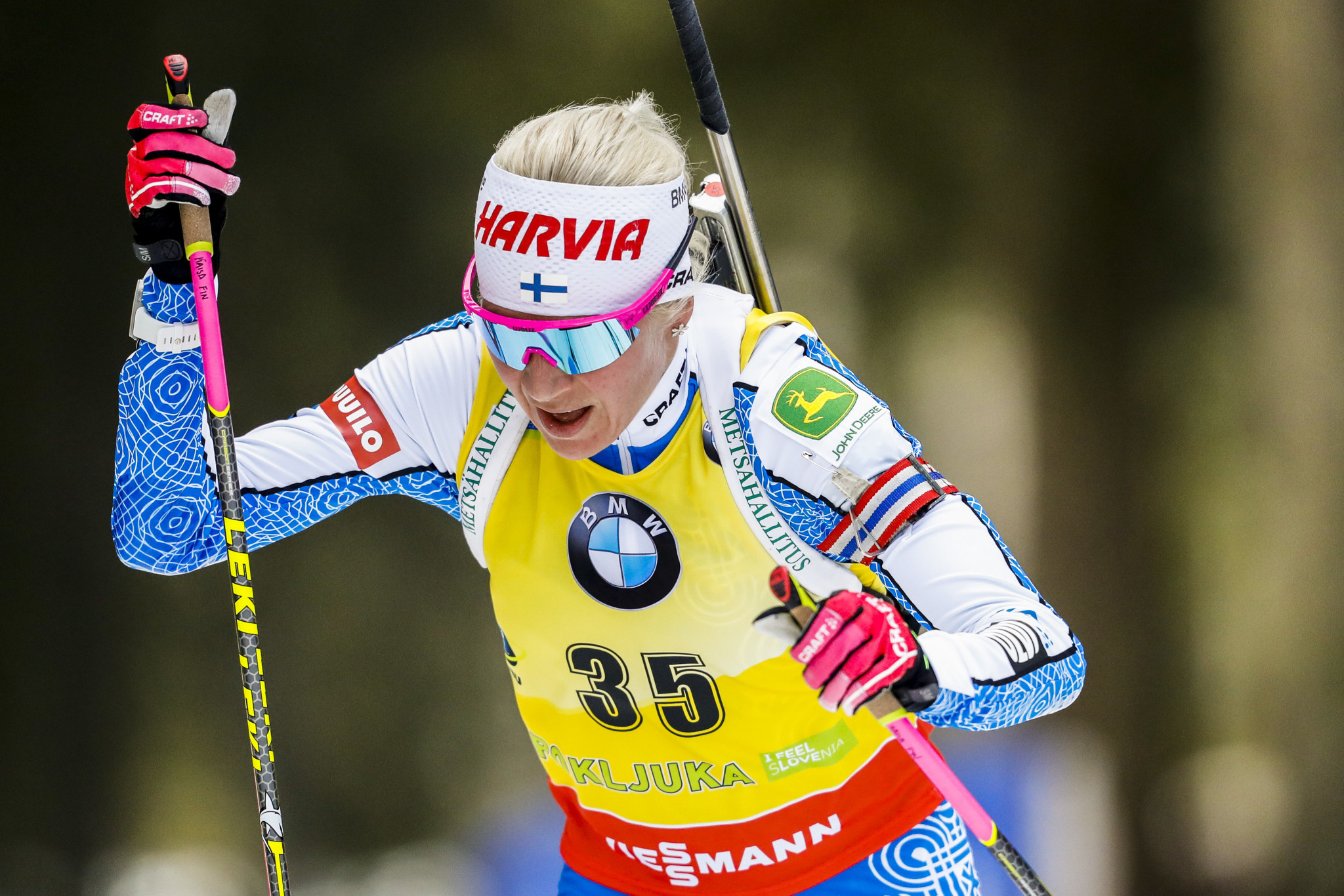 The 35-year-old, who has won the circuit title three times in all, recovered from a disappointing 30th-place finish in the season-opening individual event two days ago to win with a clean-shooting display.

She also showed speed on the skis, clocking 20min 8.1sec to win over the 7.5 kilometre course.

Justine Braisaz of France was another who was faultless with the rifle and came third, 42.1 seconds back.

Mäkäräinen was the 17th to enter the course under the staggered start format and cleared the prone stage on her first visit to the range.

The Finn, the pursuit world champion in 2011, missed four targets in this position during the individual so today's result marked a big turnaround.

Wierer led after both shooting stages but could not match Mäkäräinen's pace as the double Olympic bronze medallist settled for second place.

Mäkäräinen will now start tomorrow's pursuit race in first position, but Wierer will wear the World Cup leader's yellow bib after climbing to the top of the standings on 90 points.