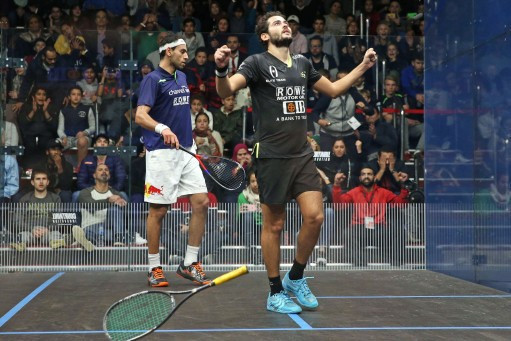 World number one Mohamed El Shorbagy of Egypt crashed out of the Professional Squash Association (PSA) Black Ball Squash Open after losing to compatriot Karim Abdel Gawad in the quarter-finals in Cairo.

Gawad defeated El Shorbagy 11-4, 11-9, 12-10 to spring the biggest surprise of the competition so far and secure his place in the semi-finals at the Black Ball Sporting Club.

"Mohamed is number one in the world and is the most consistent player in my generation,” Gawad said.

“He has been winning all of the tournaments in a row, so to win 3-0 against a tough player like him is unbelievable.

“I just had to be very strong mentally today and push until the last point in the match.

"I wanted that win so badly, I wanted to reach the semis to improve my ranking, but more than everything else, I wanted to prove to my coaches that the hard work we have done in the summer is finally paying off.”

Gawad will now play fellow Egyptian Tarek Momen in the next round after he recorded a 11-9, 7-11, 11-9, 11-5 victory over compatriot Mohamed Abouelghar.

There was yet another shock today when world number seven Paul Coll of New Zealand came back from a game down to world number three Simon Rösner of Germany 5-11, 11-3, 11-7, 11-3.

The semi-finals will be played tomorrow.