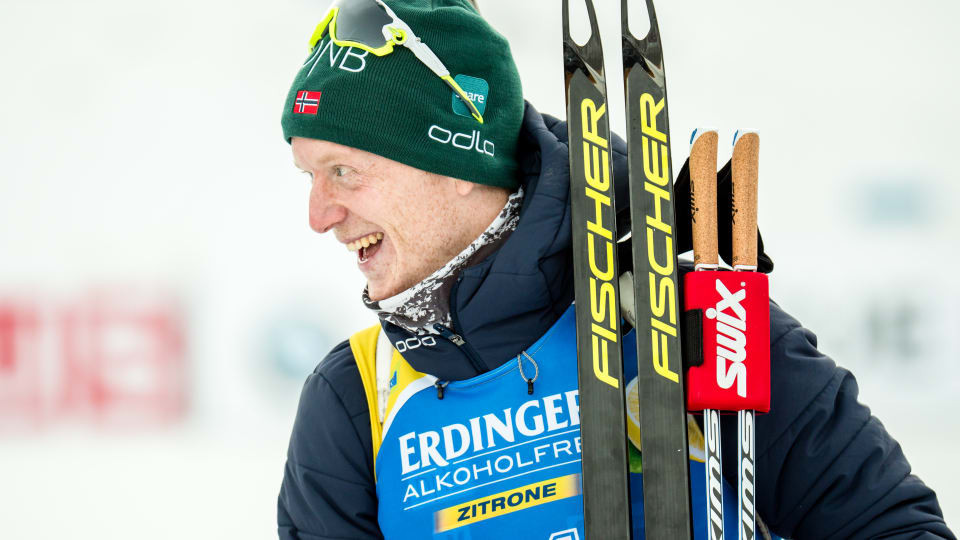 Johannes Thingnes Bø of Norway dominated the men’s 10 kilometres sprint race from start to finish today to win gold at the International Biathlon Union World Cup in Pokljuka in Slovenia.

Bø took the lead at the first split on an afternoon of brilliant sunshine and never relinquishing it, finishing clear with one penalty in 23min 46.3sec.

Antonin Guigonnat of France shot clean to finish with a career-best second place, 16.1 seconds back.

Third place went to Russia’s Alexander Loginov, who also shot 10-for-10 but was a further 0.3 seconds adrift.

“This was not the first time I was the fastest on the first loop," said Bø.

“I have done it many times before and will continue to do it in the future.

“If you lead the race from the start, you have more control and own the race after that.

“I had a really good feeling after the individual so I was happy the sprint was the day after.”

Bø's elder brother Tarjei finished fourth, with a single penalty, 31.2sec back, and fifth place went to the 2017 IBU sprint world champion Benedikt Doll of Germany, also with one penalty.

The big surprise of the day came from starter number 93, 22-year-old Norwegian Sindre Pettersen, who shot clean to finish sixth in only his second World Cup competition.

Pettersen, a former Nordic Combined competitor, was the 2017 IBU Junior World champion in the individual event.

French star Martin Fourcade endured a disappointing afternoon and could only manage 24th today, which saw him lose the overall lead to the victorious Norwegian.