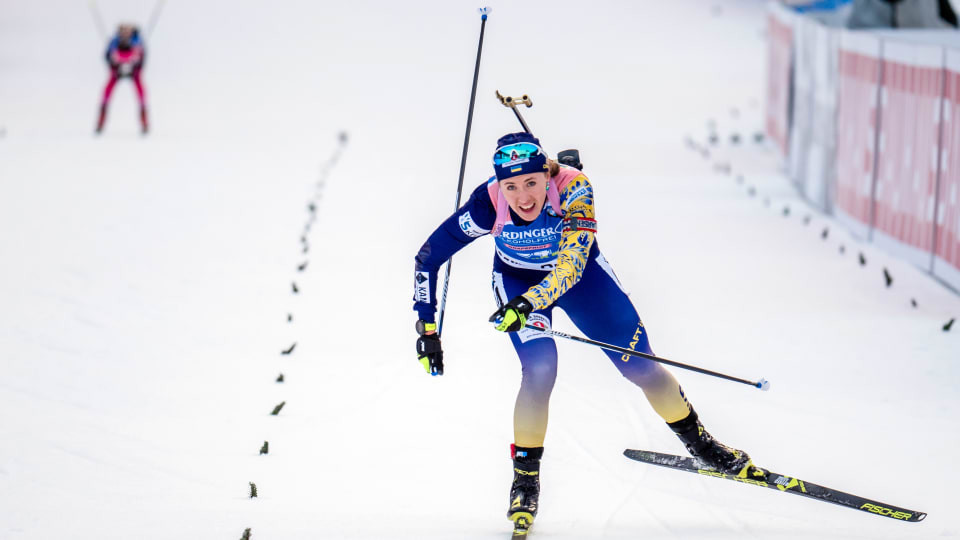 The 28-year-old 2014 Olympic 4x6km champion could not be matched in the shooting stage, hitting all 20 targets before racing on to confirm top position in 43min 06.6sec, crossing the line with a huge smile on her face.

Poland's Monika Hojnisz finished just 5.9 seconds back thanks to her one penalty miss.

As Hojnisz began to close the gap with a clean final run of shooting, Dzhima kept her composure to close all five targets and cross the line.

Earlier in the day in this International Biathlon Union event, defending champion Martin Fourcade of France, starting near the back of the field, had claimed victory in the men’s 20km individual that had been postponed from the previous day because of fog.

Fourcade shot clean and crossed the finish line in 47:09.2.

Johannes Kuehn of Germany secured his first World Cup podium finish as he placed second, 4.2 back.