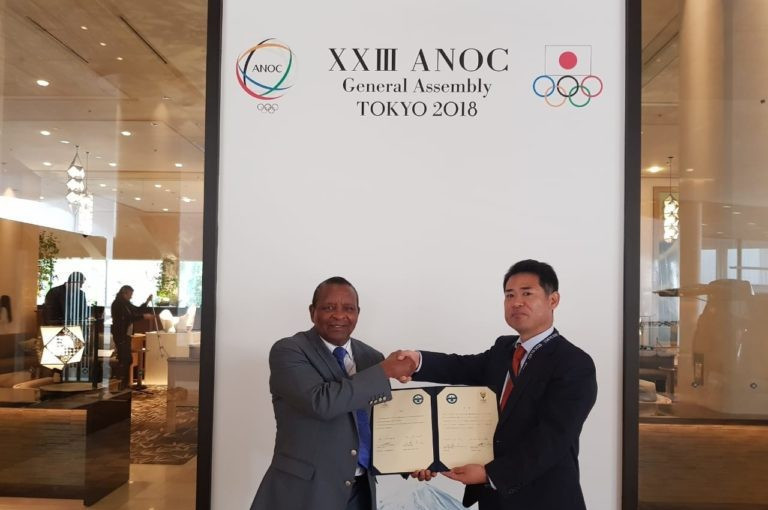 South African Sports Confederation and Olympic Committee (SASCOC) have signed a Memorandum of Understanding (MoU) with Machida City which will allow their athletes to use training facilities prior to Tokyo 2020.

SASCOC President Gideon Sam confirmed the agreement, which was signed at the Association of National Olympic Committees (ANOC) General Assembly.

“Following an agreement with Iizuka City for some of our Paralympic athletes to train and prepare for Tokyo 2020, we have now concluded with Machida City in Tokyo for the Olympic Games preparations, starting in 2019,” he said.

Under the terms of the agreement with Machida City, South African athletes will be able to use their “top of the range” facilities, according to SASCOC.

SASCOC have expressed their hope that the pre-Games training camp agreement can help athletes prepare fully.

The organisation believes the use of the facilities could help South African athletes challenge their international rivals for medals at the Games.

It is now the third MoU agreed by SASCOC prior to the Olympic and Paralympic Games.

Agreements have also been signed with both Iizuka City and Fukuoka Prefecture, with the intention of securing high level training facilities in advance of the Games.

South Africa will hope to build on their performance at Rio 2016, where they secured a total of 10 medals at the Olympic Games.

This included two golds medals, won in athletics by Caster Semenya and Wayde van Niekerk, as well as six silvers and two bronze.

The South Africa delegation also earned 17 medals at the Paralympic Games in the Brazilian city.

They secured a total of seven gold medals, six silver and four bronze.