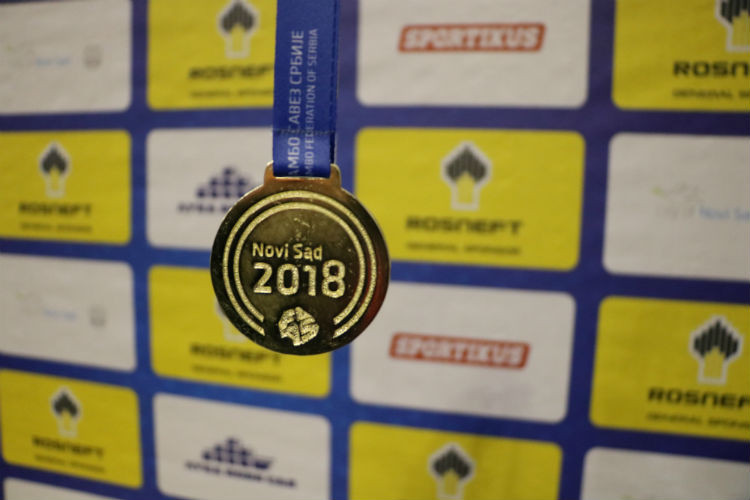 The event in Serbia, the first major FIAS event since the sport received provisional recognition from the International Olympic Committee last Friday (November 30), gives the best sambists aged 15 to 16 the chance to fight for the world title.

Action was completed today in five boys’ and five girls’ categories at the Spens Sutjeska sports arena, with the only two finals not won by Russia, claimed by sambists from Belarus in the girls’ 60 kilograms and 70kg divisions.

The bronze medals meanwhile, were claimed by Russia’s Tatiana Agapova and Mokhigul Komlianova from Uzbekistan at 60kg and Romania’s Lavinia Ionescu and Russia’s Elizaveta Postnikova at 70kg.

In the boys’ heavyweight division at 84kg the gold was won by Russia’s Aleksandr Kanatchikov.

He beat Moldova’s Ihtiandru Fedco in the final, with the bronze medals being won by Bulgaria’s Krum Tcekov and Ukraine’s Allakhverdiiev.

In the lightest division of the night in contrast, the girls’ 38kg, the gold medal was won by Daria Bobrova, who beat another Ukrainian Yaryna Fedorchenko.

Georgia and Kazakhstan picked up the bronze medals there through Natia Kakhoberashvili and Aruzhan Arman respectively.

Kazakhstan, meanwhile, picked up another bronze medal in that division through Nurdaulet Yerik.

The other bronze medal went to Aliaksandr Kazak from Belarus.

A full list of results can be found here.