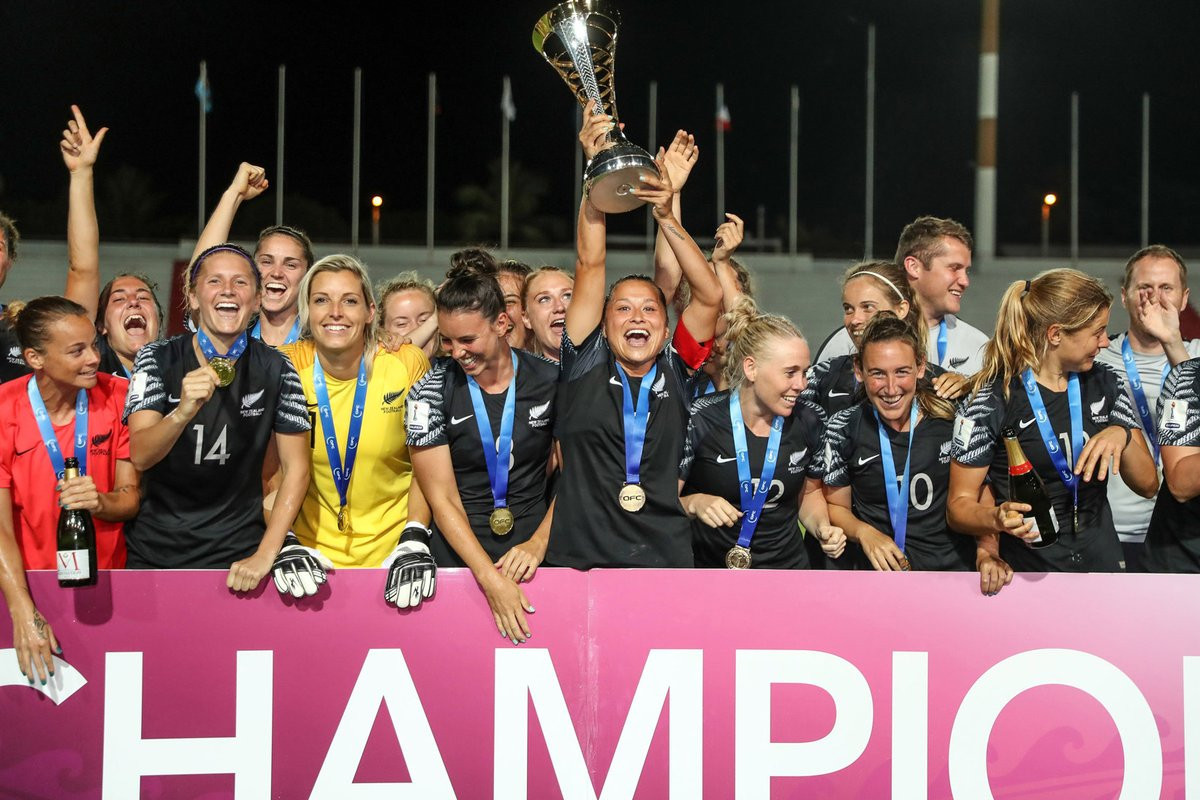 New Zealand won the final of the Oceania Football Confederation (OFC) Women's Nations Cup today to qualify for the FIFA Women's World next June in France.

The Kiwi's thrashed Fiji 8-0 at the Stade Numa Daly to win their fourth consecutive Oceania title, finishing the tournament having scored 43 goals and only conceded once.

Rosie White, Sarah Gregorius and Betsy Hassett got two goals each today, with Ria Percival and Katie Rood also getting on the score sheet.

They  have now taken the final qualifying spot at the FIFA Women's World Cup, which is taking place in France from June 7 to July 7.

"I’ve been happy with the way the players have done the job throughout the tournament.”

"Obviously, we’ve had some good results and the players are pleased, they have worked hard and they have been tremendous on the field and off the field and I think the things we have done well is scored early goals to make things a little easier for ourselves.”

Elsewhere, the Women's Africa Cup of Nations came to an exciting end as a 0-0 draw between Nigeria and South Africa forced a penalty shoot-out to decide the winner at the Accra Stadium in Ghana.

Nigeria emerged as eventual winners after scoring four penalties to South Africa's three, with Linda Motlhalo missing the crucial penalty that would have kept her team in the shoot-out.

Nigeria had initially finished second behind South Africa in the group stage and subsequently had a tougher route to the final.

Cameroon beat Mali 4-2 yesterday to finish third in the competition.