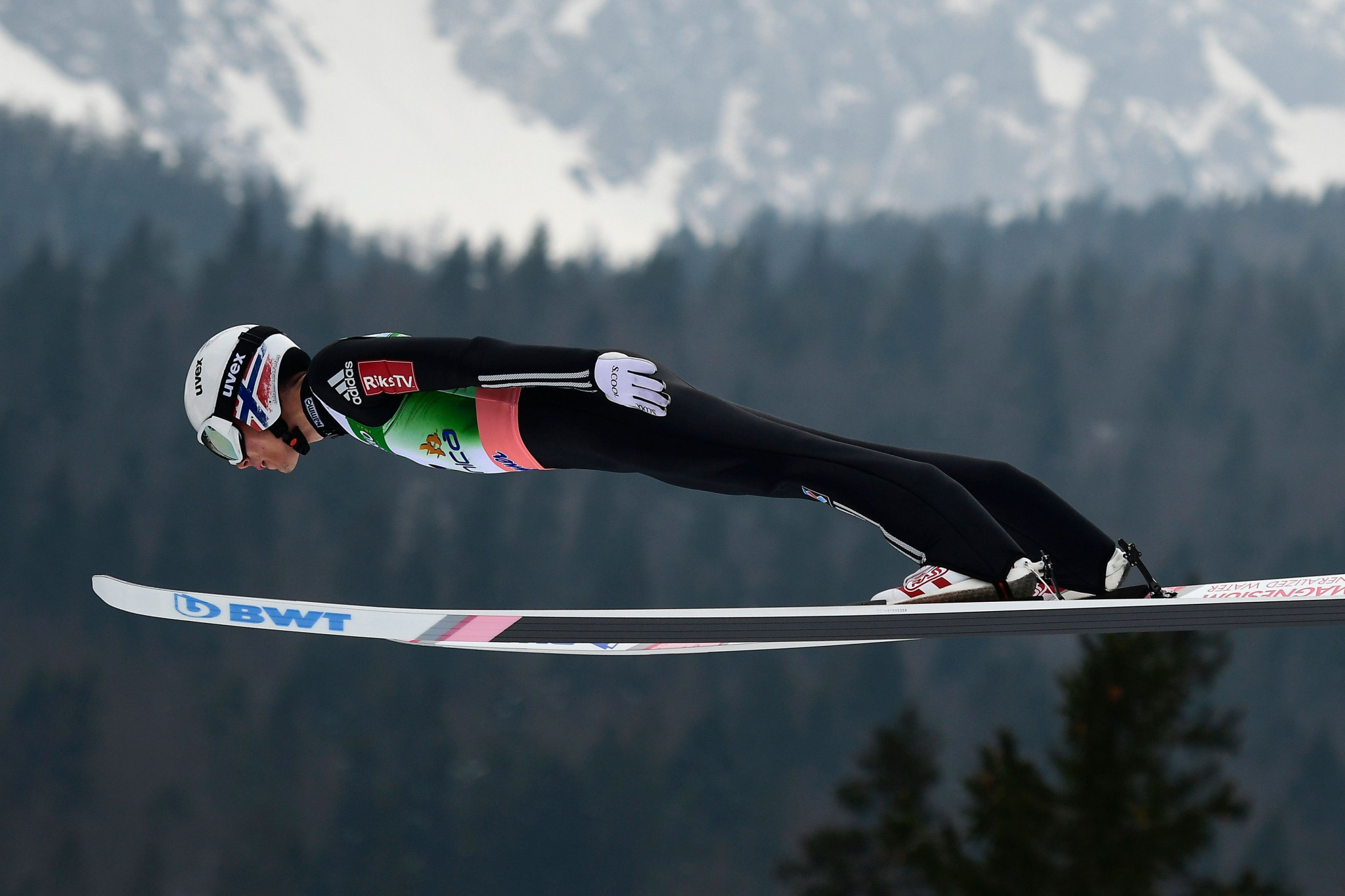 Forfang won his first World Cup event this season with a points total of 264.4.

In second was Poland's Piotr Zyla, who had topped the qualification round yesterday but just fell short of Forfang's point total in the final round, with a score of 263.2.

The bronze medal was enough to extend his lead in the World Cup rankings so far to 320 points.

Forfang's victory has seen him move up to fifth place with 175 points, while Zyla is in third on 225 points.

Tomorrow the athletes will compete against each other all over again, as what is technically the fifth instalment of the World Cup season takes place on the same hill.