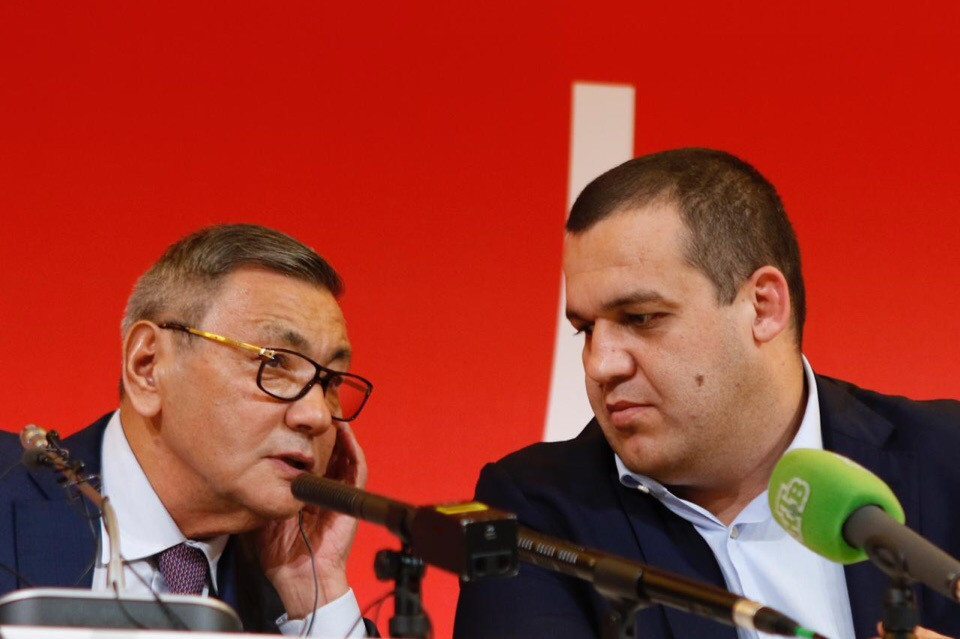 In a strongly-worded rebuke to the IOC Executive Board decision announced here yesterday, Kremlev claimed they were "stupid" after putting the boxing event at the 2020 Olympics on hold and launching an inquiry into the International Boxing Association (AIBA) because of several concerns with the world governing body.

The inquiry, which will be chaired by IOC Executive Board member Nenad Lalovic, will assess these concerns, including the election of Gafur Rakhimov as President last month.

The outcomes of the investigation could lead to the IOC suspending AIBA's recognition, a move which would end the troubled governing body's right to organise an Olympic boxing competition.

IOC sports director Kit McConnell claimed, however, that "the goal was still to have an Olympic boxing tournament at Tokyo 2020" and promised athletes they would do everything they can to ensure it took place.

The inquiry will be conducted over the coming months before the committee provides a recommendation to the IOC Executive Board.

McConnell revealed the target was to have the final confirmation on whether there will be an Olympic boxing event - and who will organise it - by the Session in Lausanne next June.

Tokyo 2020 chief executive Toshirō Mutō also cited June as the date where a final decision will be taken, although technically this is up to the IOC and not the Organising Committee.

The timeline has been questioned by the Japanese Boxing Federation, whose President Sadanobu Uchida claimed the June date was "too late" as it is ony 15 months before the start of Tokyo 2020.

AIBA claimed to welcome the launch of the inquiry in a statement, where Rakhimov, described as one of "Uzbekistan's leading criminals" by the United States Treasury Department, repeated his denial of wrongdoing.

Rakhimov was directly mentioned as a reason behind the troubles faced by AIBA for the first time by the IOC in a statement yesterday.

He assured the IOC the accusations against him were "false allegations by the previous regime of my country".

Rakhimov, elected President against the wishes of the IOC at the AIBA Congress in Moscow last month, claimed he look forward to sharing all that information regarding AIBA's financial situation - another key concern of the IOC - with the Inquiry Committee.

He promised to "address these areas and any further questions that they might have so that we can get back to full scale preparations for Tokyo 2020".

Financial management and the integrity of its competitions are among the other areas of concern the IOC has with AIBA.

"I would like to thank the IOC Executive Board for their comprehensive work and assure them that AIBA is committed to improving in any area where they have concerns," said Rakhimov.

"Throughout this entire process AIBA has remained committed to the Olympic Movement and the Olympic values."

Kremlev, elected to the Executive Committee of AIBA last month and a close supporter of Rakhimov, also sought to play down the impact of the IOC's decision.

He insited it was not "terrible" for the sport and for AIBA.

"The IOC will fall apart faster than boxing is removed from the programme of the Olympic Games," he said on the official website of the Russian Boxing Federation.

"I am sure that the boxing will be in Tokyo.

"We will do our best for this.

"And we will not interfere with any decisions of certain individuals who are trying to hinder the development of boxing and show some ambitions of their own."

Other organisations, including Sport Ireland, admitted concern at the decision made by the IOC Executive Board.

Sport Ireland chief executive John Treacy cited the qualification system - also frozen by the IOC along with ticket sales, contact between AIBA and the Organising Committee, test event planning and the finalisation of the competition schedule for the sport - as a particular fear.

These fears are deepened by the fact that boxing is Ireland's most successful Olympic sport with 16 medals won in total, one more than all other sports combined.

"Sport Ireland is deeply concerned, but not surprised, by the IOC announcement," Treacy said.

"The IOC have been clear on their position on this matter for a considerable time.

"There had already been significant worry amongst the sporting community that the qualification pathway for Tokyo had not been announced."