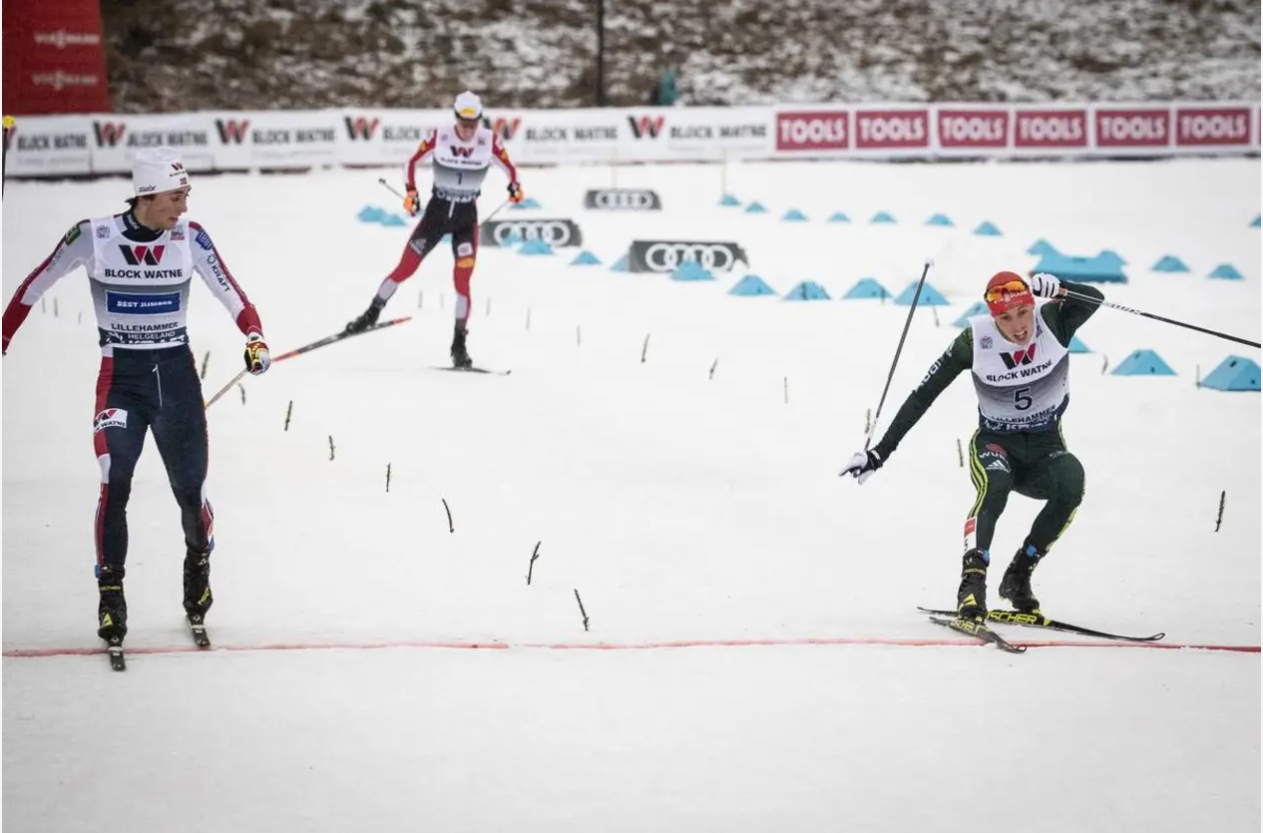 The 21-year-old outsprinted German superstar Eric Frenzel on the home stretch, triumphing in a time of 12 min 45.7sec.

Frenzel finished 0.1 seconds behind, while Austria’s Franz-Josef Rehrl was a further 5.6 seconds back in a career-best third place.

While Rehrl defended his 27-seconds lead from the ski jumping for the first one-and-a-half laps of the cross-country, it was at the last long uphill that Frenzel and Riiber, who started their races with delays of 44 seconds and 47 seconds respectively, finally caught up.

Entering the latter stages of the race, Frenzel and Riiber were going head to head and it was the latter who emerged victorious.

Rehrl did not have the energy to challenge for the top two places but he appeared overjoyed with the first individual World Cup podium finish of his career.

There was also success today for Germany's Juliane Seyfarth in the individual normal hill event at the women's FIS Ski Jumping World Cup in Lillehammer.

With distances of 98.5 and 97 metres and 258.8 points, the 28-year-old won ahead of Olympic champion and home favourite Maren Lundby by a margin of 12.6 points.

"It's amazing, I made two of my best jumps today," Seyfarth, whose previous best World Cup result was a fifth-place finish, said.

"It was not only the first win for me, but it was also my first winter podium.

"I'm happy and just very thankful and looking forward to the next days.

"I’m not thinking about the triple.

The 23-year-old beat five-time Olympic medallist and fellow Swede Stina Nilsson to victory by 0.34 seconds in the final, clocking a time of 2:52.74.

The United States’ Sadie Bjornsen rounded off the podium in 2:55.77.

She leads the rankings with 150 points, followed by Nilsson with 110 and Sweden’s Ida Ingemarsdotter, who was eliminated at the semi-final stage, with 107.

It extends his all-time record of winning individual sprint freestyle events, increasing his tally to 11.

He tops the standings with 210 points, followed by Iversen with 176 and Norway’s Johannes Høsflot Klæbo, who fell at the penultimate hurdle today, with 133.