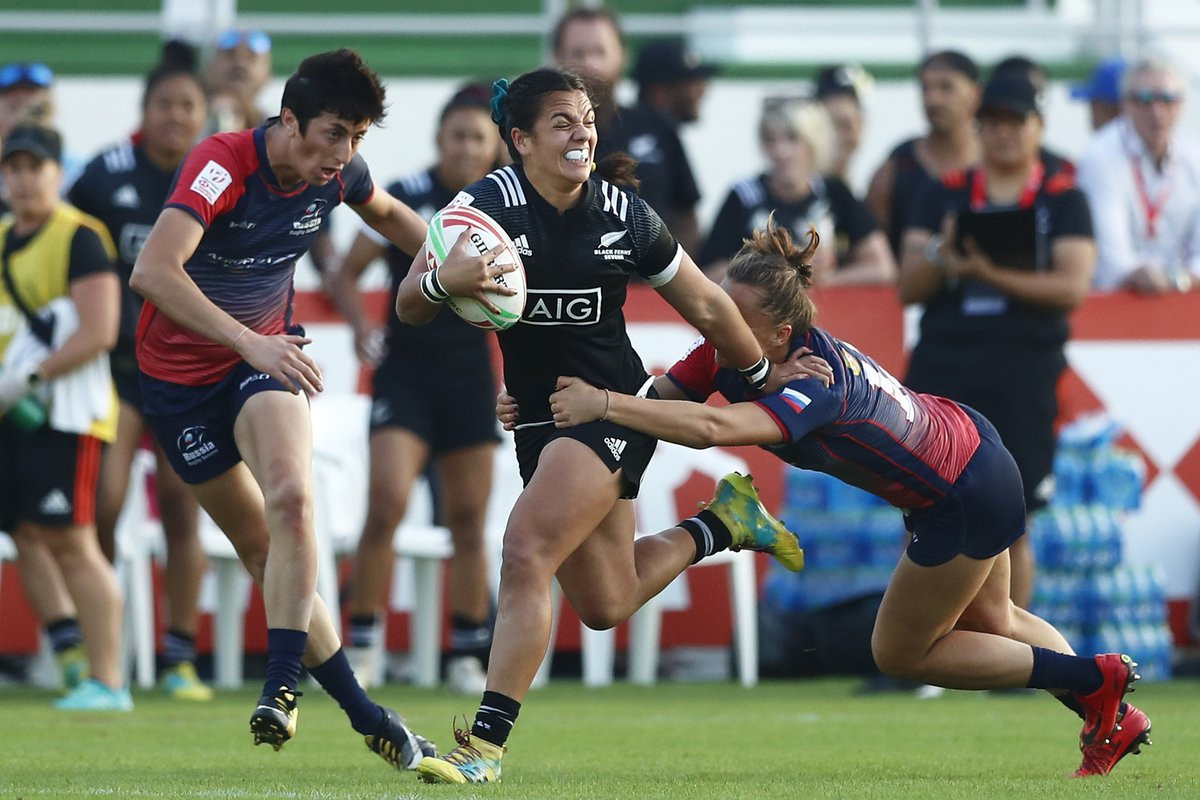 New Zealand won all three of their games on the opening day of the second stage of the HSBC World Rugby Women’s Sevens Series to stay on track for their fifth successive title from the competition.

New Zealand won their first game at the Sevens Stadiums in Dubai with ease, beating Kenya 34-7.

They then defeated Russia 29-12 before finishing off the day with a 24-17 victory over Ireland.

This has put them through to the quarter-finals as winners of Pool A and they will meet Russia tomorrow.

New Zealand won the first stage of the World Series in Colorado last month, and are now unbeaten in 36 consecutive matches.

England finished top of Pool B with three wins, impressively beating the Olympic champions Australia 26-12 in their first match.

They then triumphed against the United States 14-12 before defeating China 38-0 to set up a quarter-final rematch against Australia.

Canada were the third undefeated team of the day, topping Pool C after recording a 21-14 victory over France.

They had previously beaten Fiji 38-7 and Spain 29-7, and will now play Ireland in the quarter-final.

The US against France makes up the fourth quarter-final, with the semi-finals and final to be played tomorrow as well.

The World Rugby Men's Sevens World Series action is also due to begin tomorrow in the same venue.

Defending series and Dubai champions South Africa will come up against Samoa, Argentina and Zimbabwe in Pool A, while Pool B sees Fiji meet Scotland, France and Kenya.

New Zealand play the US, Spain and Wales in Pool C, and England, Australia, Canada and Japan feature in Pool D.

"You can see all the teams are pretty keen to get out there and start playing some rugby.