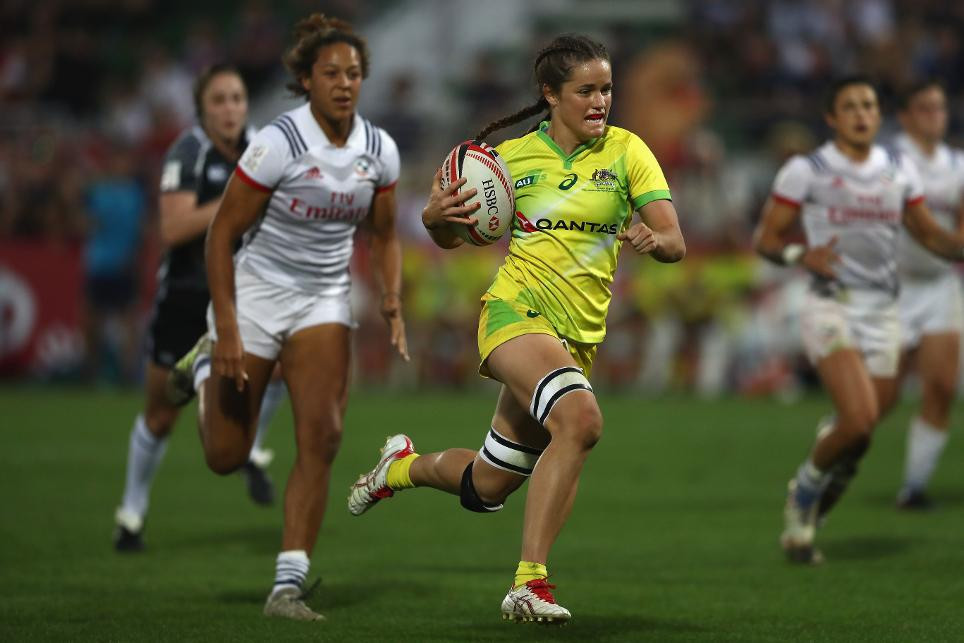 The second stage of this season's HSBC World Rugby Women’s Sevens World Series is due to begin in Dubai tomorrow, with Olympic champions Australia looking to bounce back from a fifth-place finish last time out in Colorado.

In the season opening tournament in Glendale, it was New Zealand who took the win, beating the hosts United States 33-7 in the final.

The title was their fourth in succession on the World Series, while they have now won 33 consecutive matches, including at this year's Commonwealth Games in the Gold Coast and the World Cup in San Francisco, though their rivals Australia have made it their aim to end that run at the Sevens Stadium in the United Arab Emirates this week.

Writing in a special World Rugby column, Australia’s Dom du Toit claimed the event in Dubai is "an opportunity to redirect our path", with the season still in the early stages.

"As a team we hold ourselves to such high standards because we know what we are capable of, so in our eyes fifth was just not good enough,” she said speaking of their performance in Glendale," she wrote.

"In saying that it was a really good lesson for us to build as a team, form a few new combinations with some of the regular players out with injuries, and to see where we need to get better."

Du Toit added: "We reviewed our mistakes and weakness from the tournament and worked on them every day back in Australia."

If her team do manage to win in Dubai, they will become the first women’s side to win back-to-back titles in the United Arab Emirates, which du Toit claimed provided an added incentive.

The event is due to take place two days and conclude on Friday (November 30), with Australia in a pool alongside England, China and the US, who knocked them out in Glendale.

It is the second tournament of six on the World Series calendar.

New Zealand are in a pool alongside Ireland, Russia and Kenya, while the third and final pool features Canada, France, Spain and Fiji.