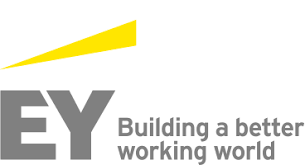 World Rugby has announced the appointment of Ernst and Young (EY) as official professional services supplier of the 2019 Rugby World Cup in Japan.

In its role, EY, one of the world’s leading professional service firms, will provide a full range of professional advisory services, including tax and accounting for the tournament.

It is claimed the appointment of another globally-renowned brand as an official professional services supplier reflects the growing global excitement and interest ahead of Asia’s first Rugby World Cup.

"We are delighted to be continuing our successful relationship with EY as official professional services supplier of Rugby World Cup 2019," World Rugby chair Bill Beaumont said.

"EY is a global leader in the accountancy, tax and business advisory sectors, and their services will be critical to an event, which is rapidly proving to be the most globally-impactful Rugby World Cup ever.

"We look forward to strengthening our collaboration in the spirit of unity, innovation and teamwork as we prepare to deliver what will be a very special, successful and ground-breaking Rugby World Cup."

EY Japan country managing partner, Koichi Tsuji, added: "It is a great honour for EY Japan to be able to participate in Rugby World Cup 2019 as official professional services supplier.

"EY is a global professional firm with the purpose of building a better working world.

"For a tournament where the teams compete with a national pride, we are looking forward to supplying our expertise as professional business advisors.

"Together with rugby fans all around the world, players, and event organisers, we want to further this great event.

"As a supporter, we will do our best to ensure that RWC 2019 is remembered as the most exciting and successful to date."

It was revealed last week that more than 4.5 million applications have been made for tickets for the 2019 Rugby World Cup since ballots started in January 2018.

With 2.5 million ticket applications made in earlier ballots, the most recent public ballot, held from September 19 to November 12, saw two million applications for 300,000 tickets.

This has produced a total of 4.5 million applications, marking record demand for a Rugby World Cup.

The tournament will also host the largest number of overseas visitors in its history, with 40 per cent of applications coming from outside Japan, it is claimed.

Fans will have another opportunity to attend the competition on January 19 when tickets go on sale on a first-come-first-served basis.

Tickets will also become available over 2019 through handbacks from sponsors and the official resale.

The 2019 Rugby World Cup is the ninth edition of rugby's showcase global event.

The world's top 20 national teams will play in 48 matches hosted across 12 match cities for the right to lift the iconic Webb Ellis Cup and be crowned world champions.

The tournament is due to begin on September 20 when Japan play Russia.