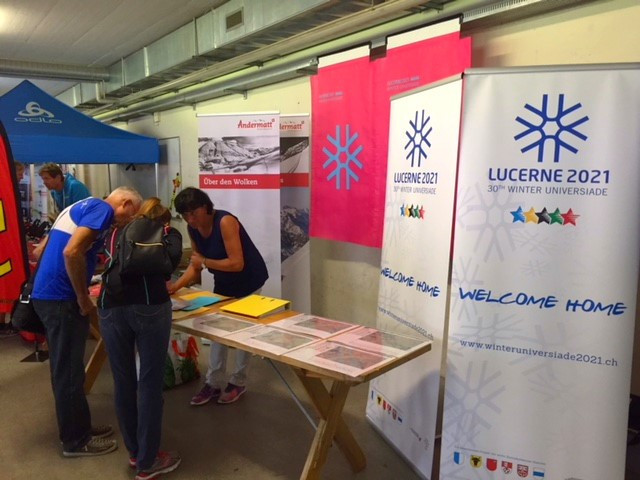 Organisers of the 2021 Winter Universiade in Lucerne set-up a stand at the Nordic Weekend competition in Andermatt-Realp to promote the event.

Sports director Karl Lustenberger and Cantonal Councillor Beat Jörg represented the student event at a multi-purpose hall in Andermatt and gave insight into the preparations so far.

Andermatt-Realp is set to host cross-country skiing when the Swiss city stages what will be the 30th Winter Universiade in 2021.

Many athletes and coaches are said to have visited the Lucerne 2021 stands, alongside officials including Urs Lehmann, President of the Swiss Ski Federation (DSS), and Hippolyt Kempf, the director for cross-country at the DSS.

Lucerne was awarded the 2021 Winter Universiade in March 2016.

Krasnoyarsk in Russia will host the next Winter Universiade next year, while Lake Placid in the United States has also been confirmed for the 2023 edition.